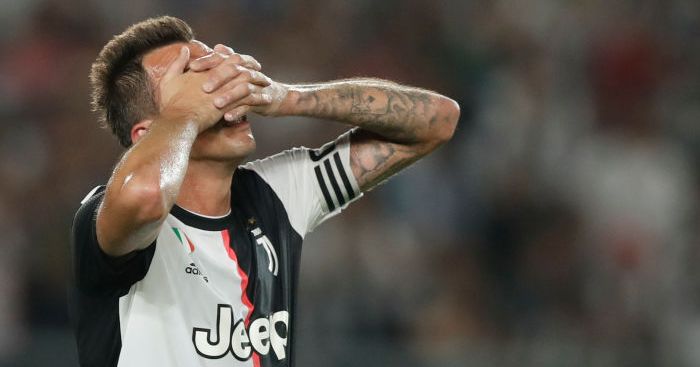 Manchester United could pursue a January move for Mario Mandzukic after the striker turned down a lucrative offer to play in Qatar.

United briefly contemplated signing Mandzukic from Juventus in the summer to bolster their attacking ranks, before opting against a deal.

The Daily Mail now say Mandzukic has rejected a contract worth £7million a year to play in Qatar ‘as he has not given up on his dream move’ to Old Trafford.

The 33-year-old is yet to feature under Maurizio Sarri in Italy this season, only making the matchday squad as an unused substitute in three of five Serie A games.

But Juve would not sanction a loan deal are ‘are looking for an £11m fee’ for a striker who ‘believes he still has something to offer at the top level’.

‘He shunned the mega-money deal on offer in Qatar for a last chance at starring in a top league, concerned at the lack of first-class football facilities in the Middle East,’ the report reads.

And while Mandzukic ‘would represent a last throw of the dice’ for United, they will consider the option.