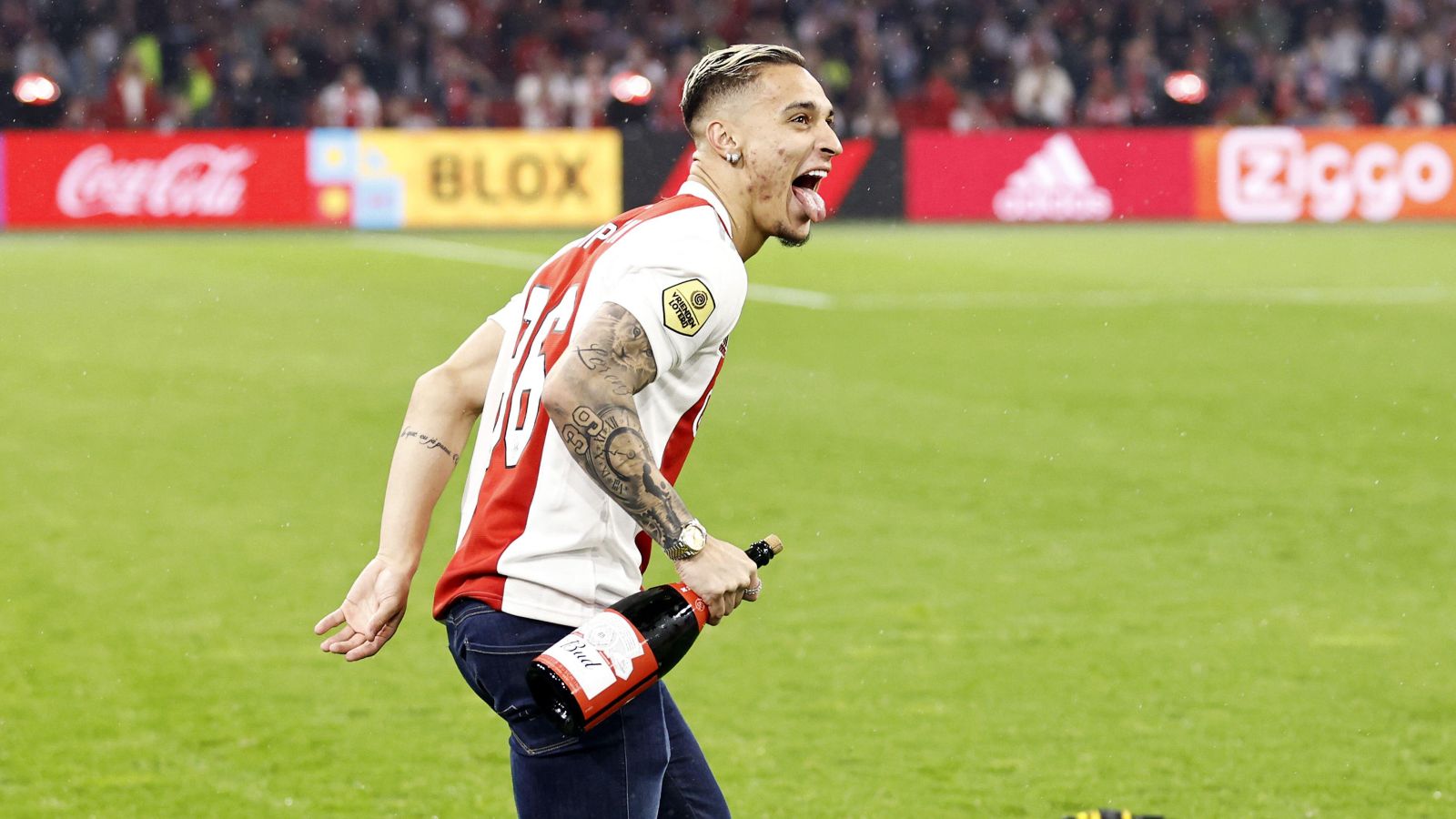 Man Utd are reportedly ready to go ‘back in’ for Ajax attacker Antony and the Red Devils will make a ‘massive offer’ for him ‘this week’.

Antony and Erik ten Hag have a lot of admiration for one another.

The winger was one of the first players linked with a move to Man Utd when the Dutchman took over at Old Trafford earlier this summer.

Talk of the 22-year-old joining United has gone quiet in recent weeks. This is with Ajax not being willing to accept an offer less than their €80m asking price.

The club’s supporters were prematurely optimistic heading into the 2022/23 campaign and this has quickly waned.

Two Premier League defeats, the second coming in embarrassing fashion against Brentford, have left them bottom of the table.

With only two weeks remaining until the end of the transfer window, United’s hierarchy are now seemingly getting a wriggle on to strengthen Ten Hag’s squad. It’s about time, really.

Though their lack of organisation is clear as they have been linked with every player under the sun in recent days.

United also remain on the lookout for a right winger and this is where Antony’s name pops up again.

“Will Ten Hag call me? No idea. He has to discuss this with my agents, I’m focused on here. What will come will come, we will see.

“I feel good at Ajax. I give everything for this club, every minute. So I am loving this city and this club.”

With United running out of targets, they are now primed to go ‘back in’ for Antony, according to Sky Sports’ Dharmesh Sheth.

The Red Devils are understood to be preparing a ‘massive offer’ for the winger, though a price is not mentioned.

This proposal will be ‘presented’ to Ajax by the end of ‘this week’. He notes that there was previously a ‘big gap in valuation’ between the Dutch outfit and United.