Man Utd are exploring every avenue for Jadon Sancho alternatives after being knocked back. 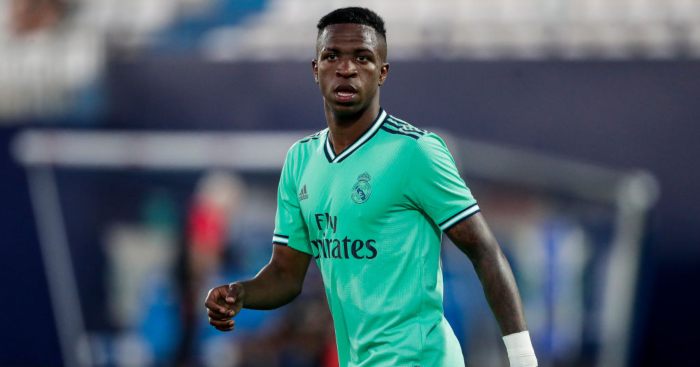 Man Utd are chasing the signing of Real Madrid winger Vinicius Junior with Jadon Sancho now unlikely to move to Old Trafford this summer, according to reports.

Vinicius is one of Madrid’s most prized assets, having joined the club as a teenager in 2018. The La Liga giants paid Flamengo €46m for him in the same summer they sold Cristiano Ronaldo.

However, Madrid have had to be patient with Vinicius. He is yet to reach 10 league goals, despite making nearly 50 appearances in the Spanish top flight.

Nonetheless, they still value him highly, so much so that he even has a €700m release clause in his contract.

And now Defensa Central (via Sport Witness) claims that Man Utd are looking at Vinicius as a possible alternative to Sancho, who may have to put in a transfer request to leave Dortmund.

The report says that ‘sources close to the white team’ claim that the Red Devils have ‘asked’ about the Brazilian with Man Utd prepared to ‘offer good money’ for the 20-year-old.

But Vinicius would rather fight for his place in Zinedine Zidane’s team with the report adding that he has ‘completely refused’ Man Utd.

Added to that, Zidane is a fan of the ‘good impression’ Vinicius has made this campaign and ‘does not value’ offers for his player.