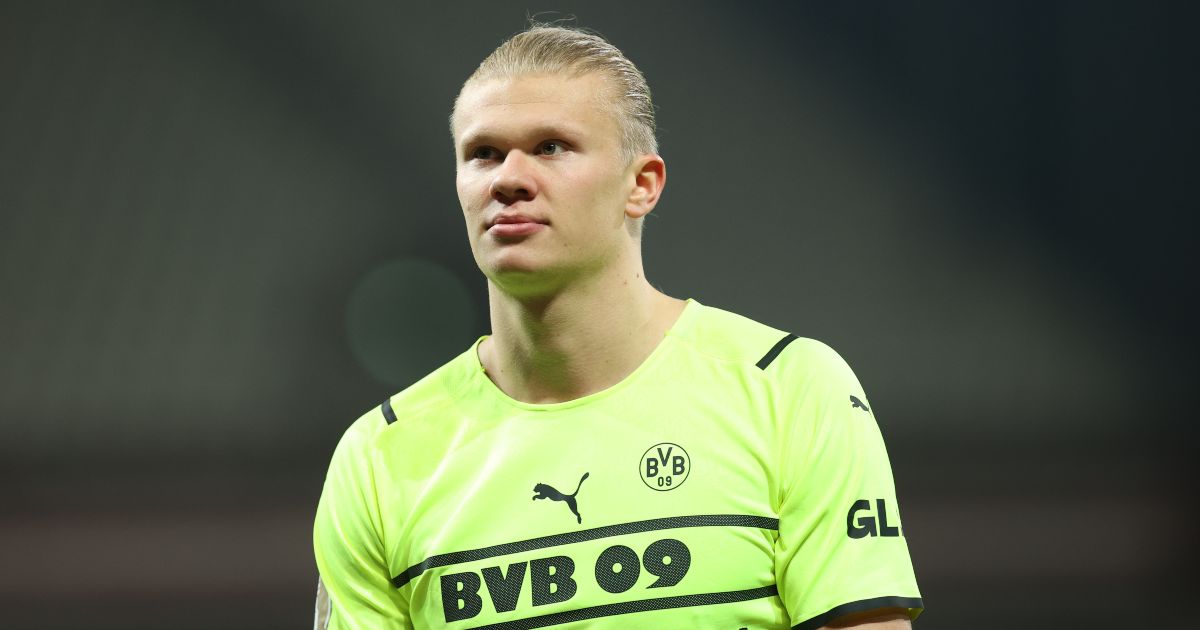 Man Utd have now accepted that Erling Haaland will chose to join Real Madrid over the Premier League side in the summer, according to reports.

A number of clubs around Europe have been linked with a move for the Dortmund scoring sensation including Premier League giants Liverpool, Man Utd, Man City and Chelsea.

German champions Bayern Munich and Real Madrid are also thought to be interested in the Norwegian, alongside Barcelona.

Haaland is available for £68m at the end of the season when a release clause in his contract at Dortmund becomes active.

The 21-year-old has netted 76 times in 78 outings for Dortmund and also boasts an impressive record for Norway, scoring 12 in 15.

Recent reports suggest Man City and Real Madrid are the main possibilities if Haaland is to leave Dortmund in the summer transfer window.

And now ESPN have claimed that Man Utd are ‘out of the race to sign’ Haaland and the Red Devils are ‘ready to focus on alternative attacking options having been made aware the Borussia Dortmund forward favours a summer move to Real Madrid’.

Edinson Cavani and Cristiano Ronaldo have started up front together several times this season and the Premier League side are looking for a long-term option to lead the line.

‘The turmoil at Old Trafford has severely damaged United’s prospects of signing Haaland, although sources have said that the dismissal of Ole Gunnar Solskjaer as manager in November — Solskjaer gave Haaland his debut at Molde — has not contributed to their diminishing hopes.

‘Sources said that although the Haaland camp are admirers of the work done by United interim manager Ralf Rangnick at previous clubs, the prospect of signing for United while they remain in a period of transition, and potentially out of the Champions League, has made the 20-time English champions an unappealing proposition considering the other teams in the race to sign Haaland.

‘United know that Haaland does not see them as a viable option in the present circumstances and are focusing on the recruitment of a permanent manager rather than devoting time to the pursuit of a player who favours a move elsewhere.’