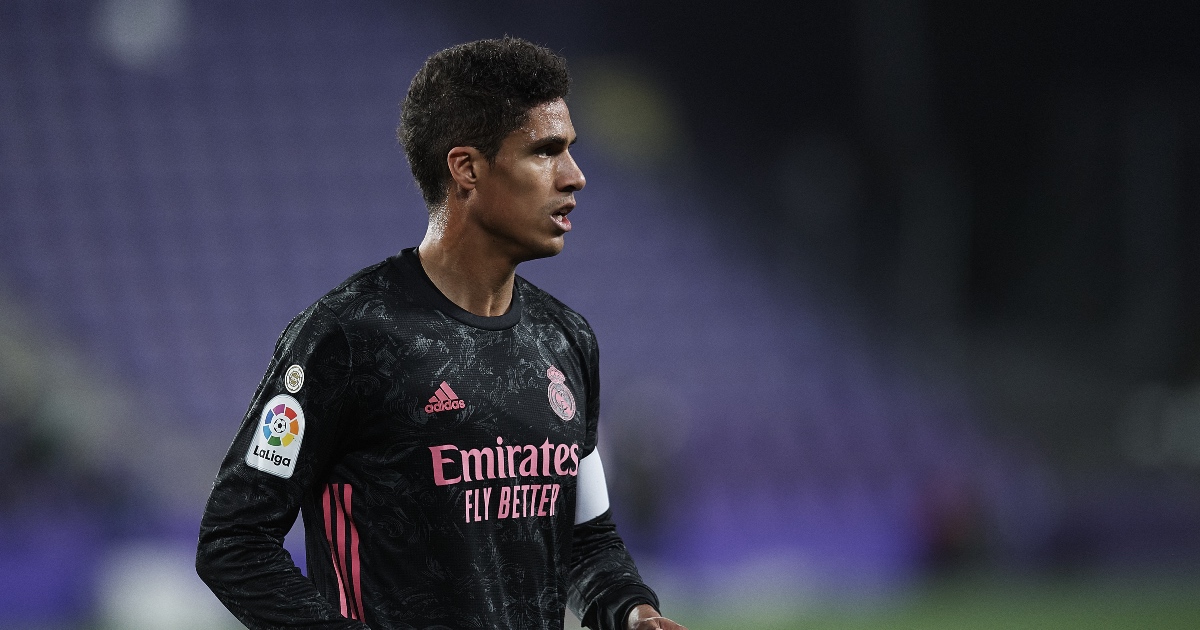 Man Utd have been handed a major boost in their pursuit of Real Madrid’s Raphael Varane, according to reports.

The world-class central defender has been linked with a move to Old Trafford in recent months.

According to Manchester Evening News, Real are prepared to sell Varane to Man Utd this summer.

The Spanish giants have offered Varane a new contract but are ‘pessimistic’ about him accepting the deal.

His contract expires in June 2022, meaning Real would rather sell him this summer than lose him for free next year.

That opens up the possibility of a major move in the coming months for Varane.

Man Utd aren’t the only Premier League side considering a bid.

Liverpool emerged as surprise suitors for the France international yesterday.

The Reds want Varane to play alongside Virgil Van Dijk at centre-back once he returns from injury.

That would help Liverpool to get back into the title race next season and potentially compete for another Champions League.

Varane has reportedly been given a €100million price tag by Real.

United or Liverpool would therefore need to break the current world transfer record for a defender to sign him.

The Red Devils have already done that in recent years by signing Maguire from Leicester City for £80million.

Real are generally known to be one of the richest clubs in the world.

However, their finances have been badly impacted by the COVID-19 pandemic and that’s forcing them to sell.

Their debts rose to over €900million in January, hampering their aspirations of signing PSG’s Kylian Mbappe.

His centre-back partner, Sergio Ramos, is also rumoured to be leaving. He’s spent 16 years at the Bernabeu but cannot agree fresh terms.