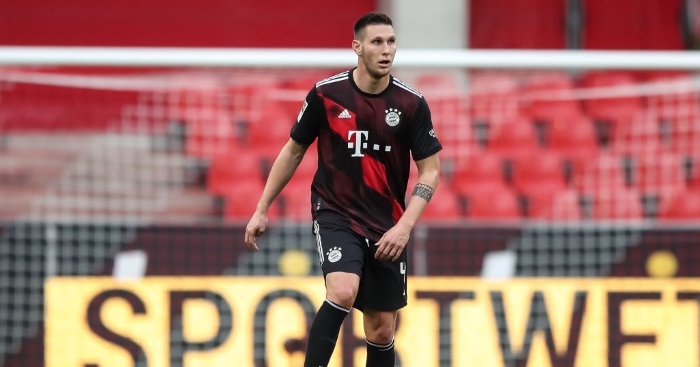 Man Utd have been given a boost in their pursuit of a new centre back, as Bayern Munich’s Niklas Sule reportedly dreams of playing for the club.

The Red Devils have been keeping tabs on a number of top defenders recently.

They’re rumoured to want RB Leipzig’s Dayot Upamecano, who is one of the best young defenders in the world.

They’ve also been linked with Braga’s David Carmo. The Portuguese player could emerge as a cheaper alternative.

According to German source Bild (via Daily Express), Man Utd could instead move for Bayern’s Sule.

That’s because the player apparently dreams of playing at Old Trafford one day.

They’re thought to be his preferred Premier League club if a move to England ever happens.

It means Man Utd officials could finally return to restart their pursuit of Sule.

Back in 2019, the club enquired about the German international’s availability. They were told to pay £40 million if they wanted the player’s signature.

Ultimately, that deal never happened, leaving Solskjaer with the likes of Harry Maguire and Victor Lindelof at the back.

United are apparently open to spending more this time around and could launch a new bid for Sule.

Fans will be hoping the player can overcome his injury problems if a move goes ahead.

Sule has picked up multiple injuries in the last few years, including a cruciate ligament rupture last year.

He’s featured just four times in the Bundesliga so far this campaign.

Last season, he made 16 appearances in all competitions. A transfer could be ideal for Sule if he stays fit, as it would help to ensure his place at next summer’s European Championships.

The news means Maguire’s new centre back partner could be an experienced German international rather than a young French wonderkid.