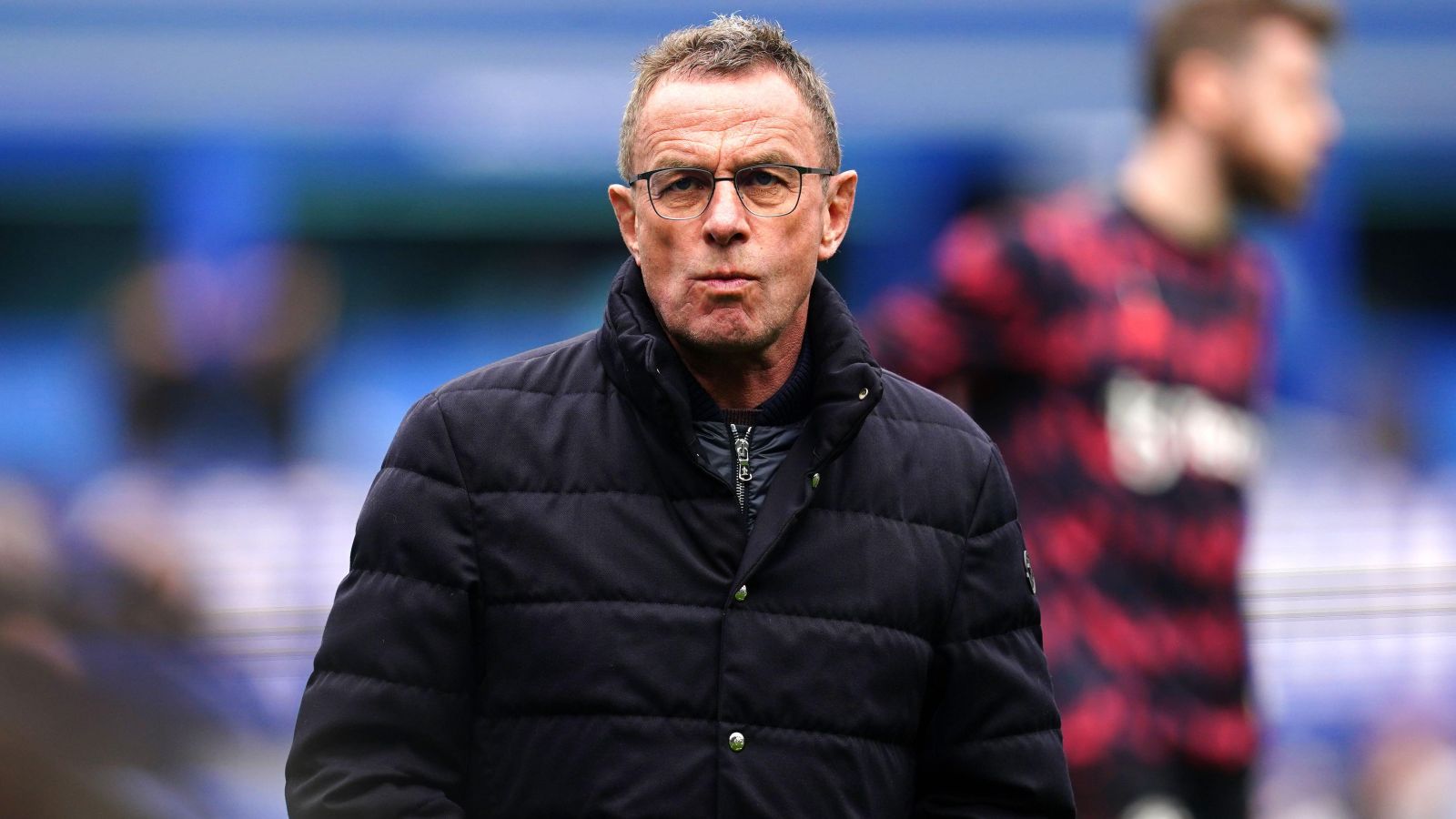 The Red Devils put in a woeful display as they were torn apart 4-0 by arch-rivals Liverpool at Anfield on April 19 to take their aggregate score against Man Utd for the season to 9-0.

Man Utd, who were losing 2-0 at half time, upped their performance slightly in the second half as the Reds took their foot off the gas before further goals from Sadio Mane and Mo Salah sealed the points.

Hannibal made his first Premier League appearance of the campaign six minutes from time and got booked only minutes after coming on.

However, Man Utd legend Neville thought Hannibal showed greater tenacity in that short spell on the pitch than any of his team-mates had shown throughout the whole game.

“That is why I aired on to the slightly unprofessional side of commentary tonight,” Neville said on Sky Sports after the defeat. “When I said that the kid [Mejbri] to be fair I was proud of him because he was going round trying to top people and trying to kick people.

“At least he demonstrated something. I am not saying it is brilliant because he could have hurt the Liverpool players, but as a Manchester United fan you can respond to that.”

His cameo may have gone down well with Neville but ESPN claim that Man Utd interim boss Rangnick ‘was not impressed’ with Hannibal ‘reprimanded’ by the German ‘for a reckless and erratic performance’.

It is understood that Rangnick ‘punished the Tunisia international with a return to the under-23 team’ with other youngsters Alejandro Garnacho and Alvaro Fernandez named on the bench for United’s recent 3-0 win over Brentford at the weekend.

The 19-year-old, who has 12 caps for Tunisia, has only ever played one other match for Man Utd when he made his debut last season in a 2-1 win over Wolves.