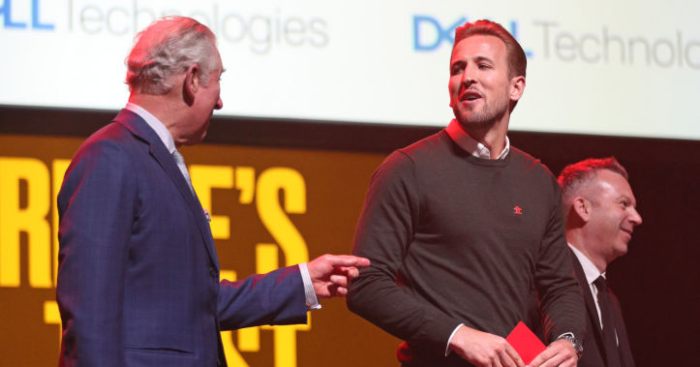 Spurs are apparently ‘furious’ and ‘exasperated’ with the striker, leading to suggestions that they could sanction a world-record move to Manchester United.

OPINION: Man United’s only ‘madness’ would be vanity Kane purchase

It has also been claimed that Man Utd would be Kane’s preferred destination were he to leave his boyhood club but it is unlikely to happen this summer.

And when Bleacher Report‘s football insider Jones was asked what would happen to Kane this summer, he replied: “Tottenham chairman Levy does not want to sell Kane to another Prem club ideally, especially now with the chances him getting 200M pounds is not going to happen in this climate.

“For the first time, Kane is definitely thinking about leaving Spurs and I’m told he has a one-year notice agreement with Levy to make that happen. Spurs would waive it if he leaves for a club abroad…Real Madrid basically…but as it stands nobody can afford Harry Kane. So he’ll have to see out through the year with Spurs.”

On where Man Utd-linked Jadon Sancho will play his football next season, Jones added: “As it stands, If I were to choose a club tomorrow it would be United. They can pay him best.

“They are selling the deal based on heritage and tradition giving him the No. 7 shirt and turn him into the poster boy. The big drawback is whether or not United are playing CL football next season. If he had a choice right now, it would be United.

“Rashford is happy for Sancho to join…Utd dream of a front three of Martial Sancho and Rashford that would be one of the best front threes in the world.

“Having a dig at City would be an added bonus.”