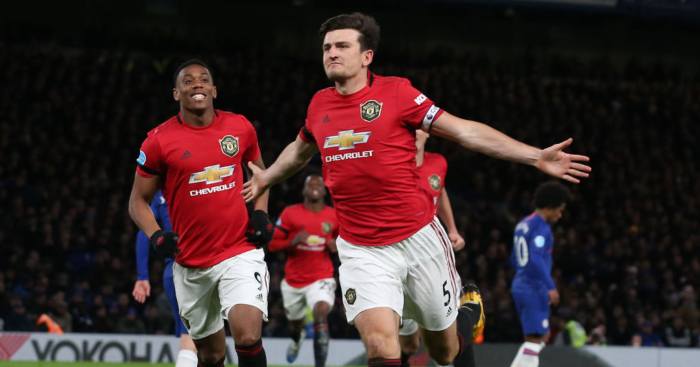 Harry Maguire will forever be judged for not being Virgil van Dijk. But that doesn’t mean he’s not been great for Man Utd…

“He organises paintballing, he organises a fining system, he’s taken on everything.”

It’s a wonder that Harry Maguire finds time away from his primary job of fixing Manchester United’s leaky defence to focus on his duties as social secretary at Old Trafford. But the England defender, apparently, can do it all.

That is why Man Utd made Maguire the world’s most expensive defender last summer when the 26-year-old moved from Leicester for £80million. That his price tag exceeded Virgil van Dijk’s means some critics have spent the season looking for miracles, which was neither a realistic nor reasonable expectation. Not that that has shielded Maguire from unfair criticism when even the barest numbers indicate that the centre-back has had exactly the impact Ole Gunnar Solskjaer hoped for.

The #Mailbox reckons Man Utd have just got rid of a better defender than Harry Maguire…https://t.co/6HjR9yckDf

For most of last season, United’s defence was in disarray. Jose Mourinho saw it coming and he pushed so hard for a centre-back in 2018 when Ed Woodward decided he knew best. But even Mourinho was aghast at the type and volume of goals the Red Devils conceded.

A year too late for Mourinho, Woodward finally shelled out for Maguire and the difference has been clear. Last term, Man Utd conceded 54 goals with the 11th best defence in the Premier League; Newcastle and Palace displayed more fortitude at the back. With Maguire on the job, only three teams – Liverpool, Leicester and Sheffield United – have a better defensive record, with United conceding 1.07 goals per game compared to 1.42 goals per game in 2018/19. Solskjaer’s side are on course to concede 15 fewer Premier League goals with Maguire yet to miss a minute.

Aaron Wan-Bissaka’s arrival has also been a factor in United’s improvement at the back but Maguire’s influence is greatest. So impressed has Solskjaer been with his organisational skills that he has been given the captaincy on a permanent basis after too many seasons of the armband been tossed around and often tossed away.

Maguire may not be Van Dijk – no one in the game aside from Van Dijk is doing Van Dijk things – but in terms of transforming a malfunctioning unit through leading by example, he is the closest United could have signed when they belatedly recognised the need for change.

Like Van Dijk, Maguire has been able to retain his consistency of form and presence despite the changing cast around him. The Dutchman has played alongside each of the other three senior centre-backs currently available to Jurgen Klopp; even next to Dejan Lovren, Van Dijk has maintained his imperious levels of performance.

For Maguire, things have been even more tumultuous. The former Sheffield United schoolboy has led back fours and threes, alongside Victor Lindelof, Eric Bailly, Phil Jones, Marcos Rojo and even Luke Shaw when Solskjaer opts for wing-backs. Lindelof has become Maguire’s primary partner, despite the 6ft 2in defender seemingly shrinking by six inches when he jumps – though Bailly might contest that position should he demonstrate the capacity to stay fit and rein in his brain farts.

Harry Maguire has smashed that one! 💥

Manchester United off to the perfect start at Prenton Park…#EmiratesFACup pic.twitter.com/1lx6HPN3LN

Those options considered, it is reasonable to conclude that United should be on the hunt for a higher calibre of partner for Maguire, even if Solskjaer and Woodward are fixated on strikers and wingers having already spent £140million on defenders last summer.

Jaap Stam said last week that United should be looking for another centre-back, saying of Maguire’s current working conditions: “It’s very important that you have someone next to you who you can trust.” Even Garth Crooks recognises the need for more investment in central defence, though the BBC pundit is pissing squarely into the wind by suggesting United should move for “a Virgil van Dijk-type figure” to partner Maguire.

Man Utd already have their Van Dijk-type figure in Maguire, even if he, like any other world-class defender, falls into the bracket just below the game’s finest centre-back. That, though, shouldn’t deprive Maguire of the credit he deserves for raising the standards at Old Trafford.