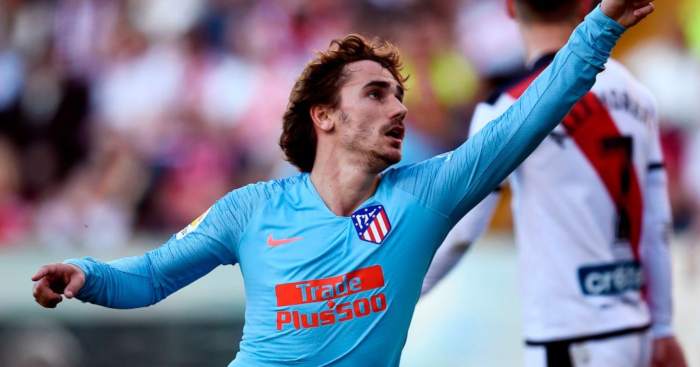 Manchester United have joined the race to sign Atletico Madrid forward Antoine Griezmann, according to reports.

Atletico Madrid announced on Tuesday evening that the forward would be leaving this summer after five years, with a lot of media outlets reporting that he will complete a move to Barcelona.

Back in the summer of 2018, the Spanish newspaper claims that Barca had a free run at Griezmann, who eventually signed a new deal to remain at the Wanda Metropolitano Stadium.

Fast-forward a year and United ‘has entered the scene’ along with the likes of Bayern Munich and Paris Saint-Germain.

The World Cup winners release clause at Atletico will drop from €200million to €120million on July 1 due to the terms of his new deal.

Barcelona’s offer of €17million per season still stands from last summer with the report claiming the Red Devils will be able to offer more.

Rico adds that despite widespread reports expecting him to join Barcelona, there has been no agreement.

The main problem for United would be convincing Griezmann to join the club after they missed out on Champions League football for next season by finishing sixth in the Premier League.