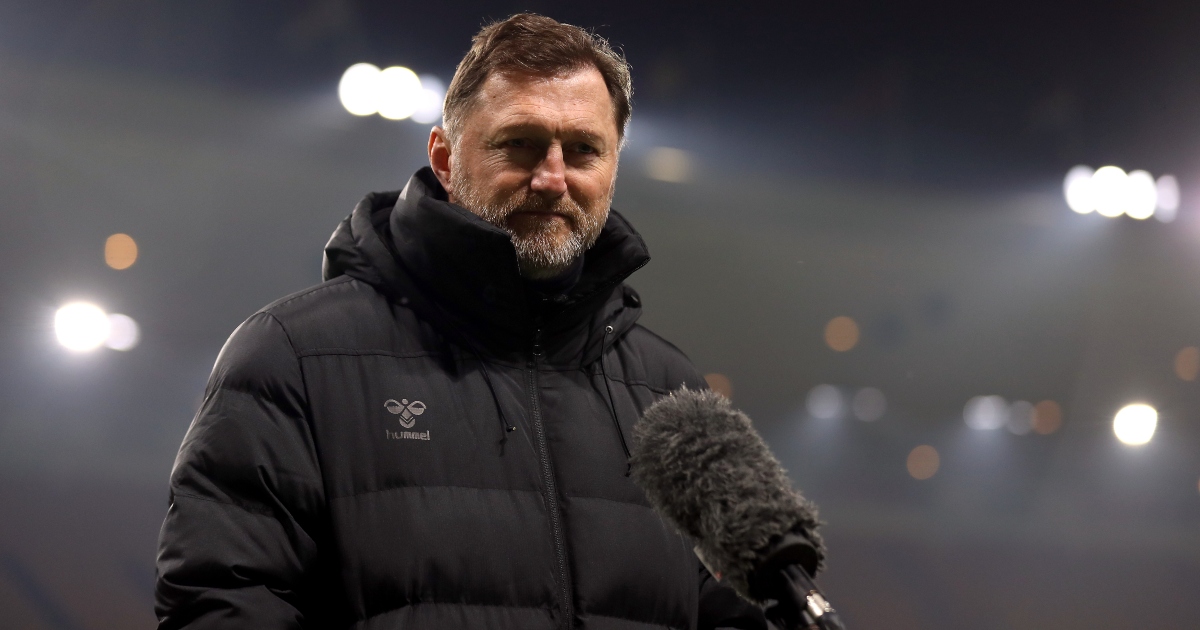 United are searching for a new permanent manager to replace interim boss Ralf Rangnick at the end of the season.

READ MORE: Dour derby on the cards but Man Utd can copy Spurs to sink City

Mauricio Pochettino and Ajax’s Erik ten Hag are the two most frequently linked with the Old Trafford role, but Carlo Ancelotti and Luis Enrique are also reported to be in contention.

And now Mirror claim Hasenhuttl has been added to the shortlist.

While Pochettino and Ten Hag are still the ‘first choices’, should they fail to persuade the pair, Hasenhuttl is ‘a name they are prepared to consider’.

Rangnick – who is set to move into a consultancy role at United in the summer – is already aware of the Austrian’s coaching ability having worked with him at RB Leipzig.

“We know that consistency is key as we strive for a top-four finish this season,” Murtough said.

“I want to reiterate however that this is not the ultimate objective for Manchester United, and everyone at the club is focused on challenging for the top trophies.

“We are now conducting a thorough process for the appointment of a new permanent manager who will take charge this summer, with the objective to get us back to challenging for those domestic and European titles.”

Southampton’s display on Sunday will not have done much to enhance Hasenhuttl’s chances of joining United, as the Saints were torn apart by Aston Villa in a 4-0 defeat.

He said: “It was not enough today from our side. We had big problems with their two strikers and Coutinho – they were not easy to stop.

“We had problems at the back and we changed to five at the back and we still conceded two silly goals. Everything went wrong today. We thought we could play pretty football today and that simply isn’t enough in the Premier League.”