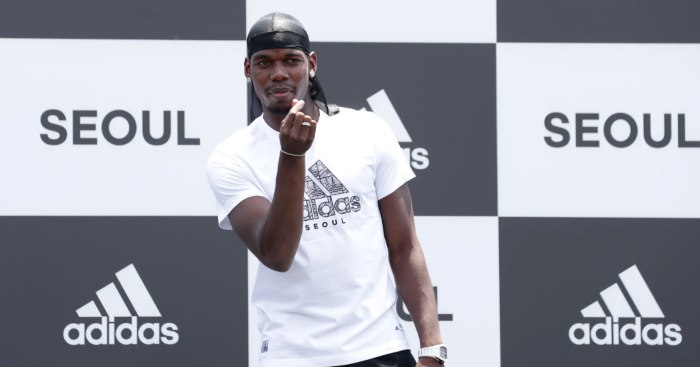 Manchester United are reportedly ready to sell Paul Pogba this summer after his agent Mino Raiola said the midfielder wants to leave the club.

Raiola claimed yesterday that he is already in the process of trying to move on the France international, who has been linked with Real Madrid and a return to former side Juventus, and manager Ole Gunnar Solskjaer is aware of the player’s intention to depart.

There has been intense speculation about the 26-year-old’s Old Trafford happiness and Pogba also recently admitted he was considering “a new challenge somewhere else” – with United unlikely to win any silverware next year according to a betting promos site.

And Sky Sports reporter Kaveh Solhekol claims that United are now willing to sell the 26-year-old this summer but the club are looking for a fee in the region of £150m.

“In public, United are saying he’s not for sale but they also have a problem because that contract year-by-year is going down,” Solhekol told Sky Sports (via Daily Express).

“There’s only two years left on it now with an option of another year – if United don’t sell him now his value is going to diminish.

“Behind the scenes are United are saying this is the time to get rid of him.

“United are looking for £150m. Madrid have problems with FFP because they’ve spent so much money already but I think if they want him they’ll find a way of structuring a deal.

“The other club who want Pogba are Juventus, where United signed him from, but again I don’t think Juventus can afford to pay £150m. I’ve been told that the maximum Juventus could afford to pay for him would be about £89m.”

Further to that, the Spanish newspaper AS (via Sport Witness) interpreted Raiola’s comments over Pogba’s future as a ‘veiled threat’ to United as he applies the ‘most extreme pressure’ on the Premier League club.

The report adds that Raiola wants his client to miss United’s flight to Australia for their pre-season tour in an effort to accelerate a move away from United.