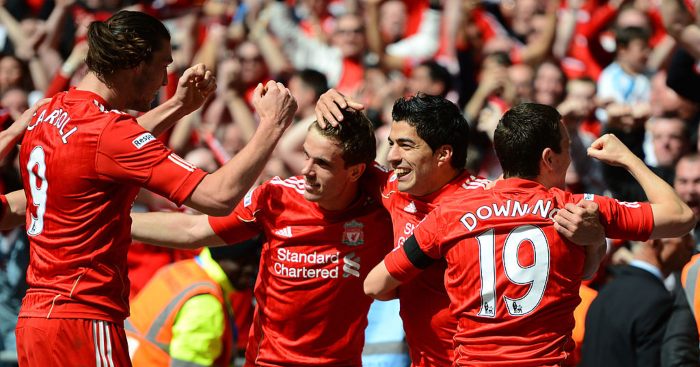 Send your mails to theeditor@football365.com for Monday morning’s Mailbox…

Buying British like Liverpool in 2011
Dear Editor, Buy British. That was the policy of Kenny Dalglish at Liverpool. So he bought Andy Carroll, Stewart Downing, Jordan Henderson and Charlie Adam. We all know how that experiment ended. Manchester United and OGS have adopted the same policy. Let’s pretend we don’t know how it ends.
Tunji, Lagos

Juventus and their midfield obsession
Can someone tell me what Juventus needs the following midfielders for: Pjanic, Matuidi, Emre Can, Ramsey, Rabiot and now Pogba (if they sign him). This is so nauseating. What’s the point of having all these players to have 2 or three rot at the bench? Or what’s the point of stopping other players from joining other teams?
And what’s wrong with these players? Just how confident can you be joining a team with 4 top midfielders? Why not seek a challenge where you will at least play?
This is the same as players who rush to a team like Man City or Real or Barcelona knowing very well that the departments have adequate cover. The same applied to Dr Ligt wanting to join PSG or Juventus when they have 2 world class centerbacks among their ranks. Same way Neto has left Valencia to go be at Barcelona’s bench!

Peru football shirt
Sitting here watching Uruguay Peru, contemplating is the Peru strip football perfection. Maybe it is I am old enough to remember world cups in 78 (in black and white) and 82 but with all the nonsense that football shirts look like this is perfection . The beauty is in the simplicity (will also give the current LFC shirt a mention), no waves, shadows, tributes to times past, laces, wings, blah, blah.. just simple beauty.

Come on Peru, although it would be a terrible injustice if they actually win this.
Mel – Brussels, Berlin , Athlone town, HaHoHe

Ode to Rafa from Manchester
Always had nothing but hate for Rafa Benitez due to him being a Liverpool manager. But seeing the work he has done for Liverpool and especially Chelsea and Newcastle, the man is an absolute class act. A whacky suggestion that would never happen – Offer him DOF at Manchester United. We are underdogs currently, we need someone who is a master of football. He can help OGS and just sort out the mess that is Festering at our club.

But that won’t happen, so best of luck to the “fat Spanish waiter” turned Scouse Buddha. He deserves to be counted as one of the best ever.
Aman

Internationals
For the non elitist who pays attention to tournaments besides the premier and champions league It”s been an engaging summer with  4 senior tournaments  (there was also an U 20 world cup and the Euro u 21s) just wanted to brief those who haven’t been paying attention on were we are at now ,

Women World cup -Not really going to talk much about this, as I’m sure most of you have been paying attention . Up next is a semi final between the two favourites  (the US and England) and then a game between Netherlands and Sweden to save you a google search please don’t sing it’s coming home.

COPA AMERICA  – The last 2 or 3 of these have been weird and this one has followed   a similar pattern .Brazil despite a 5 nil win have not been considered spectacular often struggling to get the first goal, Argentina struggled in the 1st round and then managed to get to the semis in spite of Messi who was hardly utilised ,Both will play in one semi final.

On the other side the best 3 performers besides Brazil are all out ,not helped by the fact the tournament goes straight to penaltie,s if a game is goalless after full-time.This has benefited Peru victims of that aforementioned 5-0 drubbing who find themselves in the semis after winning just one of their 1st 3 games and you just can’t shake the feeling that pesky Chileans will find a way to claim the prize …………again.

Concacaf Gold Cup :The first round was a haze of ass whoopings (Cuba suffered 2 7-0 pastings )  Someone  wrote in recently to congratulate Haiti for getting past the group stage ,He’s probably be elated that they have reached the Semi after disposing of Canada .The tournament will probably still be won by either USA or Mexico but Haiti and Curacao who play the US next can be proud of their performances.

African Cup of Nations It’s all been tight and tactical everyone has played twice some of the big Gins Egypt, Morocco,Algeria and Nigeria are through to the next round only one team are out the last round of group games start  Sunday evening.

Talking points of the summer’

VAR- If it’s for you it’s innovative if it goes against you it;s shit and you may spend 15 minutes protesting

The wait for 3rd -One amusing aspect of tournaments involving 24 teams is having to wait if you finish 3rd in your group  to see if you actually go through.Spare a thought for Nigeria who finished 3rd but had to watch 3 nail biting groups involving lat penalties scored and missed and injury time winners.

substitutions -Being asked to come off at the nearest exit hasn’t been a ‘bad idea expect a lot of deaf players soon .
T I, Super Eagles Fan