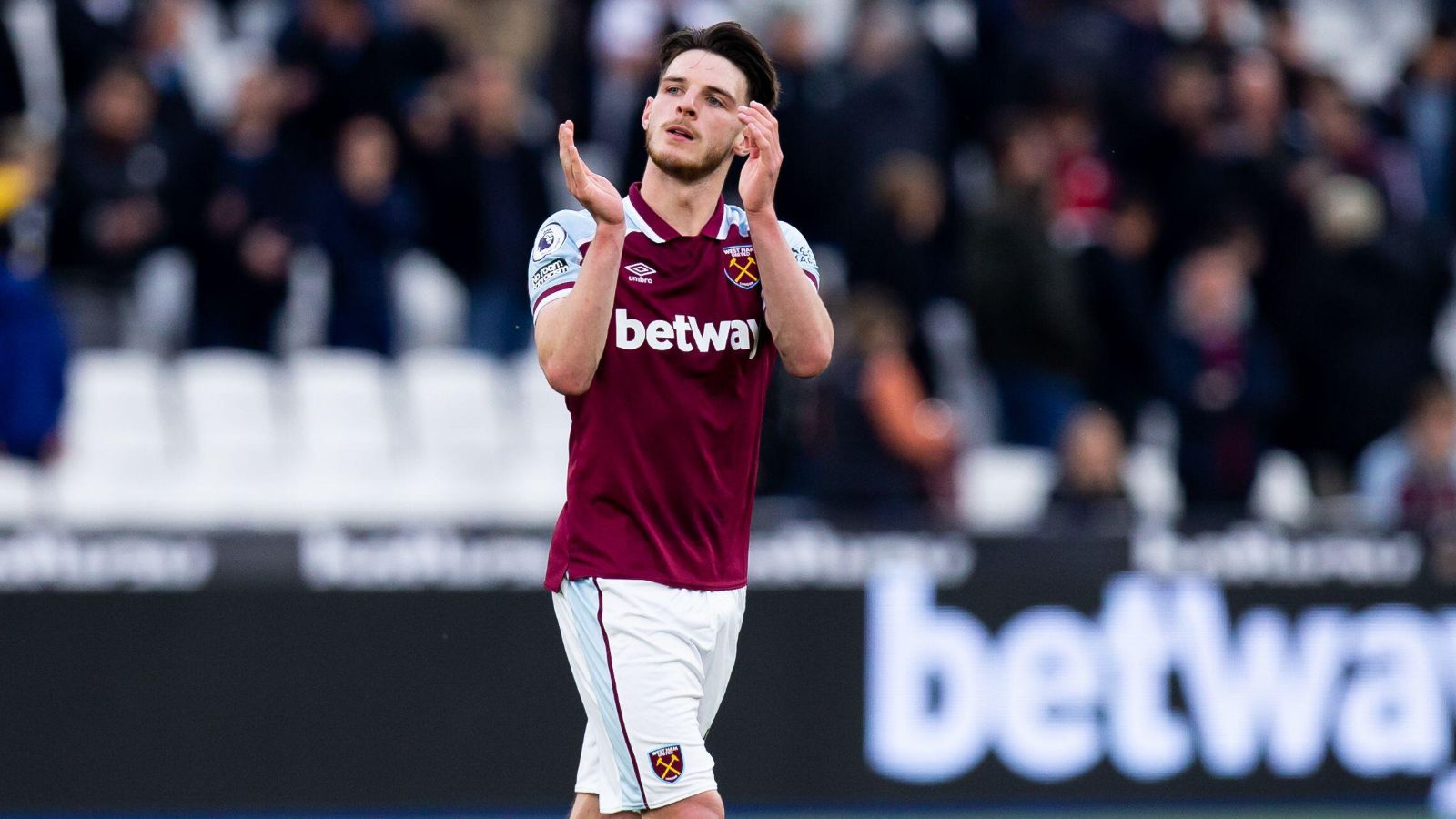 According to reports, Man Utd will have a ‘clear run’ at West Ham United midfielder Declan Rice as their Premier League rivals will not pay £100m for him.

Rice has been a standout player for West Ham and England over the past couple of years.

The centre-midfielder made his debut for the Hammers during the 2016/17 season. He has now played just short of 200 times for them across all competitions.

The 23-year-old has blossomed into a fantastic midfielder and it is only a matter of time before he leaves West Ham. He has been heavily linked with Man Utd.

ESPN are reporting that United are likely to ‘have a clear run’ at Rice this summer. This is because other clubs are not in a position to splash out around £100m on the Englishman.

It is stated that Man Utd want Rice to ‘become a modern version of Paul Ince by adding tenacity, determination and leadership’ to their midfield.

Elsewhere, Kevin Phillips has suggested that Aaron Wan-Bissaka “has not progressed” and that he “doesn’t suit” Man Utd.

The 24-year-old has already played 126 times for the Red Devils. He has been criticised for his performances this season though.

Wan-Bissaka has been in and out of the team as he has only started 20 games in the Premier League.

It was reported earlier this week that Crystal Palace are interested in re-signing their former defender.

Phillips has argued that it would be a “sensible decision” for Wan-Bissaka to return to Palace:

“It’s a shame because I like him,” Phillips told Football Insider.

“However, he hasn’t really progressed at Man Utd – although the club have been in a massive decline themselves.

“It didn’t work out for Wilfried Zaha either, and being a London boy – he couldn’t wait to get back to Palace. I know that because I was at the club at the time.

“Some players just don’t suit football clubs. That seems to be the case for Wan-Bissaka – he just doesn’t suit Man Utd. It happens.

“It wouldn’t surprise me at all if he went back to Palace and performed just as well as he was when he left.

“That could be the most sensible decision, just to go back to familiar surroundings. If you’re comfortable and happy, then that’s when you play the best football.”