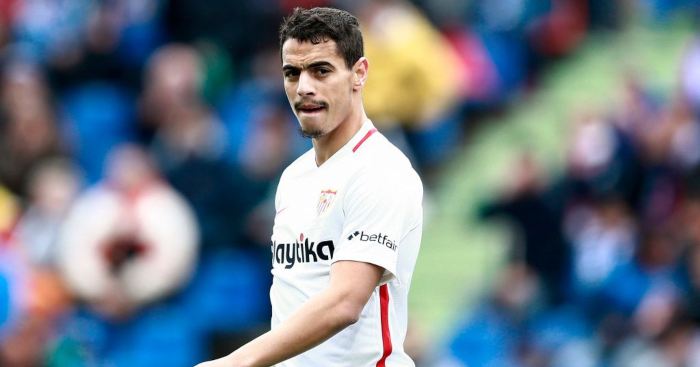 Manchester United have a deal tied up for Sevilla striker Wissam Ben Yedder, according to reports.

A report on Wednesday claimed that United are lining up a replacement in case they lose Romelu Lukaku with Ben Yedder’s £36million release clause a possible option.

United aren’t the only ones that have sat up and taken notice of the 28-year-old, though, with Barcelona and Paris Saint-Germain attracted by his goals and low release clause.

And now La Colina de Nervion (via Sport Witness) say that the Red Devils ‘have everything agreed’ with Ben Yedder and have ‘almost total security’ that the striker will move to England.

Despite being ‘highly valued’ at Sevilla, the report adds that a deal for Ben Yedder is virtually certain if Lukaku moves away from Old Trafford despite interest from PSG and Barca.