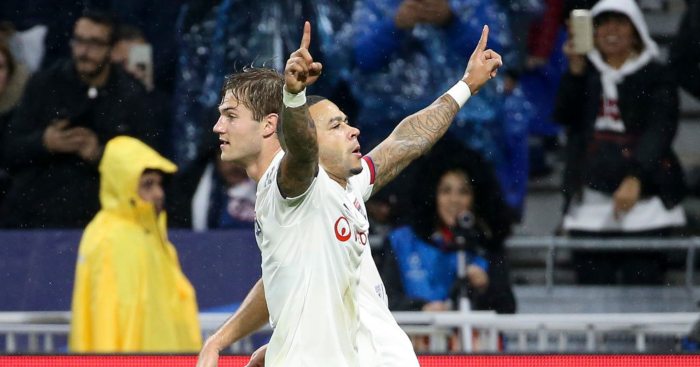 Manchester United will have the first option to re-sign Memphis Depay from Lyon if clubs queue up to sign the forward, according to Lyon’s director of football Juninho.

Depay joined United from PSV in 2015, struggling to impress before leaving for Lyon in January 2017.

United retain a buy-back clause but have yet to make their interest in re-signing the Dutchman known, with Tottenham reportedly seeking to capitalise on the situation.

The Mirror claimed on Sunday that they are ‘ready to make a move’ to bring him back to the Premier League for £50m, the player having ‘matured and gone from strength to strength’ in France.

Depay has become Tottenham’s ‘main target’ despite the club also keeping a keen eye on the progress of Moussa Dembele.

And Juninho told Lyon’s official website: “Manchester United has the priority if several clubs line up to buy him. But we have not received any offers so far. He is really happy right now in Lyon.

“Rudi (Garcia) will soon make his decision. He is a technical leader. We will discuss an extension of contract by the end of the year.”