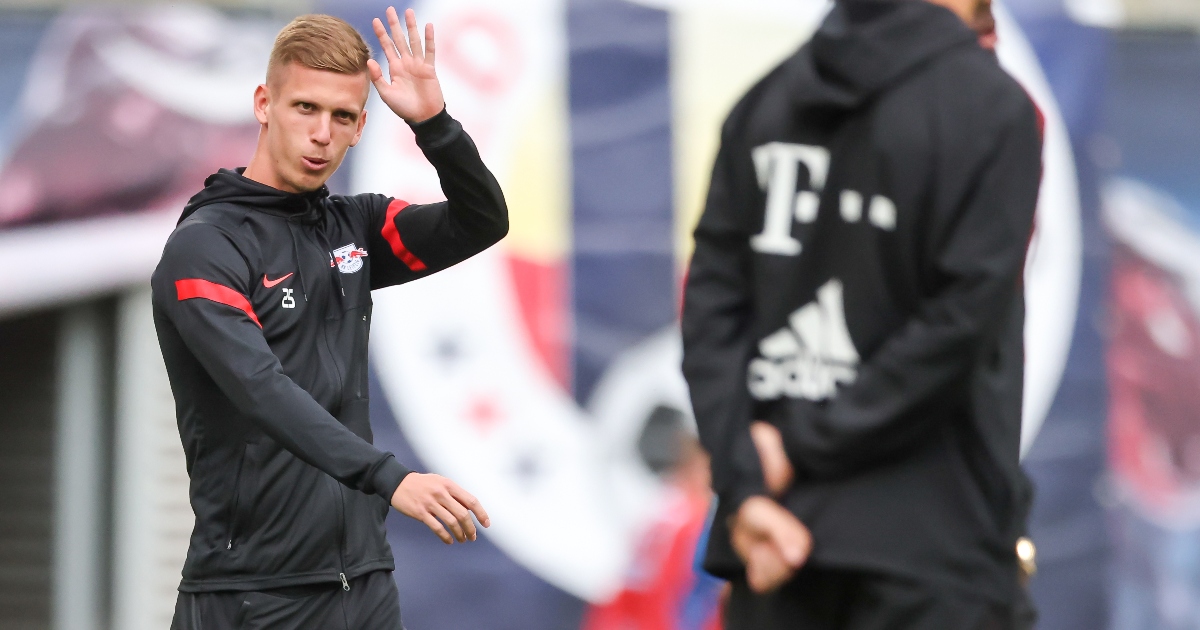 Manchester United are keen on signing RB Leipzig midfielder Dani Olmo and hold a ‘secret weapon’ in their pursuit of the Spaniard, according to reports.

Barcelona, Bayern Munich and Juventus are also rumoured to be interested in Olmo, with Barca failing to sign him on deadline day.

Marca reported the Catalan club turned their attention to the attacking midfielder once it was clear Antoine Griezmann was returning to Atletico Madrid.

This is England and it’s ripe for Ronaldo nostalgia

The Spanish publication also claim the Spaniard was eager to join Barca, who signed him as a youngster. However, Leipzig were not interested in selling the player.

Ronald Koeman is now eyeing up a move for the 23-year-old when the transfer window reopens, and he is reportedly worth around £60million.

Whether this is true or not remains to be seen, as the La Liga club are struggling financially.

However, Man Utd have a player in their ranks that Olmo has previously hailed as a “role model”.

He made the comment last year about his compatriot Juan Mata ahead of a Champions League tie, and Mata’s presence in the squad could tempt the Leipzig man to move to Old Trafford.

Both Mata and Olmo left Spain’s largest clubs, Barcelona and Real Madrid, at a young age to further their career, and both play in a similar position.

Elsewhere, Paul Pogba is now reportedly ‘leaning’ towards staying at United amid speculation over his future at the Premier League club.

Pogba has started the season in excellent form, providing two assists in Saturday’s 4-1 win against Newcastle United, taking his tally to seven for the season.

The 28-year-old is in the final year of his current deal and there has been no meaningful movement on an extension, with Paris Saint-Germain and Real Madrid both rumoured to be considering a move next summer.

The Athletic claim Cristiano Ronaldo’s ‘homecoming’ has had a big impact on Pogba, and his arrival, along with the signings of Raphael Varane and Jadon Sancho, has been enough to convince Pogba to consider a new deal.