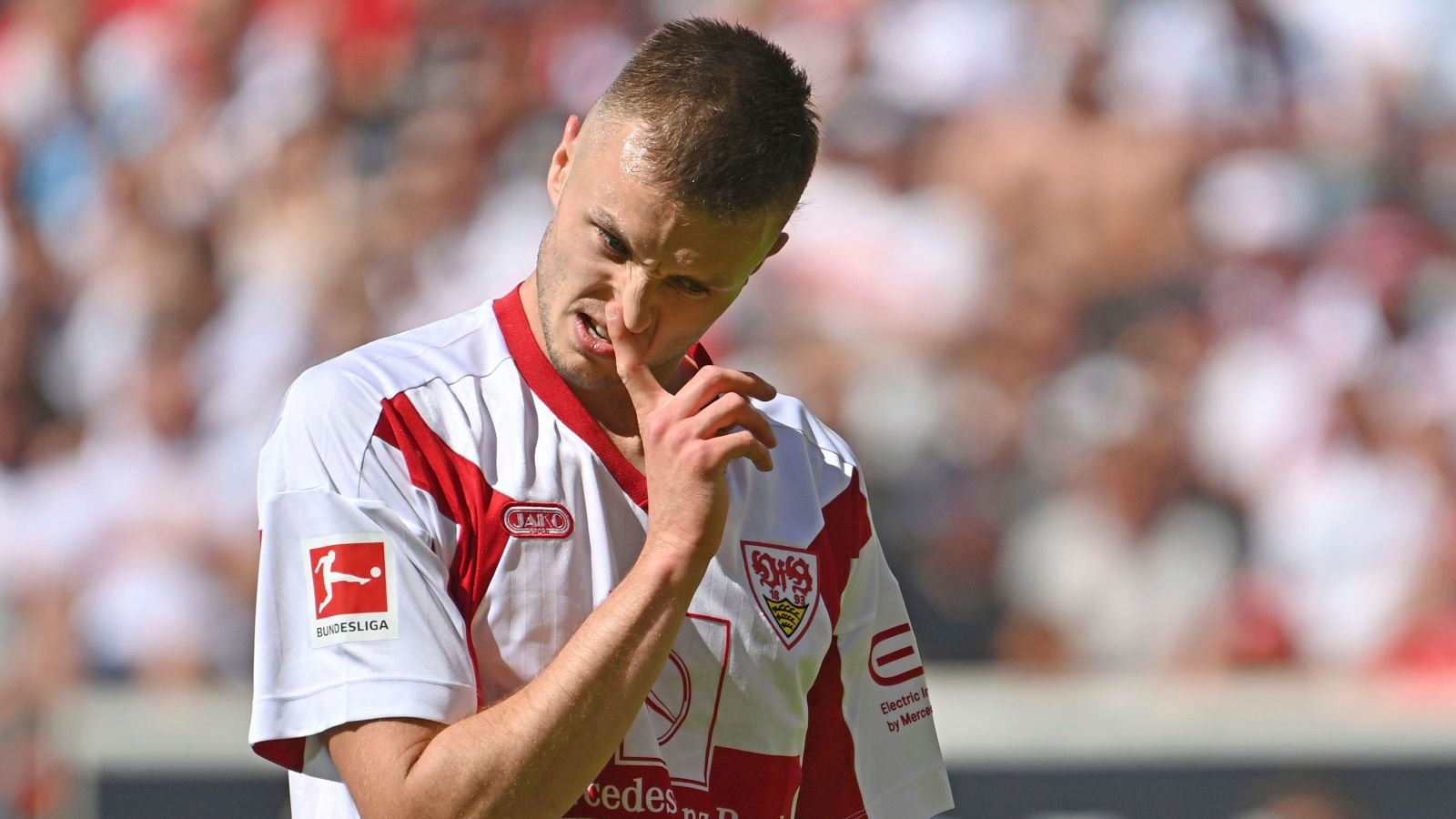 Man Utd have held talks with Stuttgart striker Sasa Kalajdzic ahead of a potential summer transfer, according to reports in Germany.

The Austria international moved from Admira Wacker to Stuttgart in 2019 with the 6ft 7in striker making a big impact in his time at the Mercedes-Benz Arena.

He has scored 24 goals in 57 matches in all competitions for the Bundesliga outfit and is now attracting interest from a number of clubs across Europe.

Man Utd, Tottenham and Chelsea are among the clubs to have been linked with the 25-year-old over the past year and Kalajdzic has not ruled out a summer move.

“There will be no rush job. It’s about finding what’s best for me,” Kalajdzic said at the beginning of June.

“Nothing is out of the question, I’m open to everything. I don’t know where the journey is going. There are many things going on in the background.”

And Sky Germany confirm that Kalajdzic is ‘a candidate for several Premier League clubs’ and a transfer to Man Utd would be ‘particularly tempting’ for him.

He had been ‘considered a possible transfer target’ for Bayern Munich but, despite Robert Lewandowksi looking likely to leave, the Bundesliga champions ‘never showed any serious interest’.

And the report adds that there have been ‘have been initial talks’ with Man Utd over a summer transfer with the Red Devils looking to ‘upgrade’ their attack.

He is not seen by Erik ten Hag and the Man Utd recruitment team as a potential replacement for Cristiano Ronaldo – who has asked to leave Old Trafford – but as a player who can take the goalscoring burden off him and Bruno Fernandes.

Meanwhile, Scott McTominay has been impressed by the initial impression that Ten Hag is giving the Man Utd players.

“He’s got an idea of the way he wants to play, and he executes it really, really well in terms of getting across to the players,” McTominay told the club’s official website.

“It’s the same with [assistant coach] Mitchell [van der Gaag]. The philosophy and the ideas of the style of play for us [are] clear to see.

“It’s up to us as players now to really take the message on board and push with everything we’ve got, all year.”