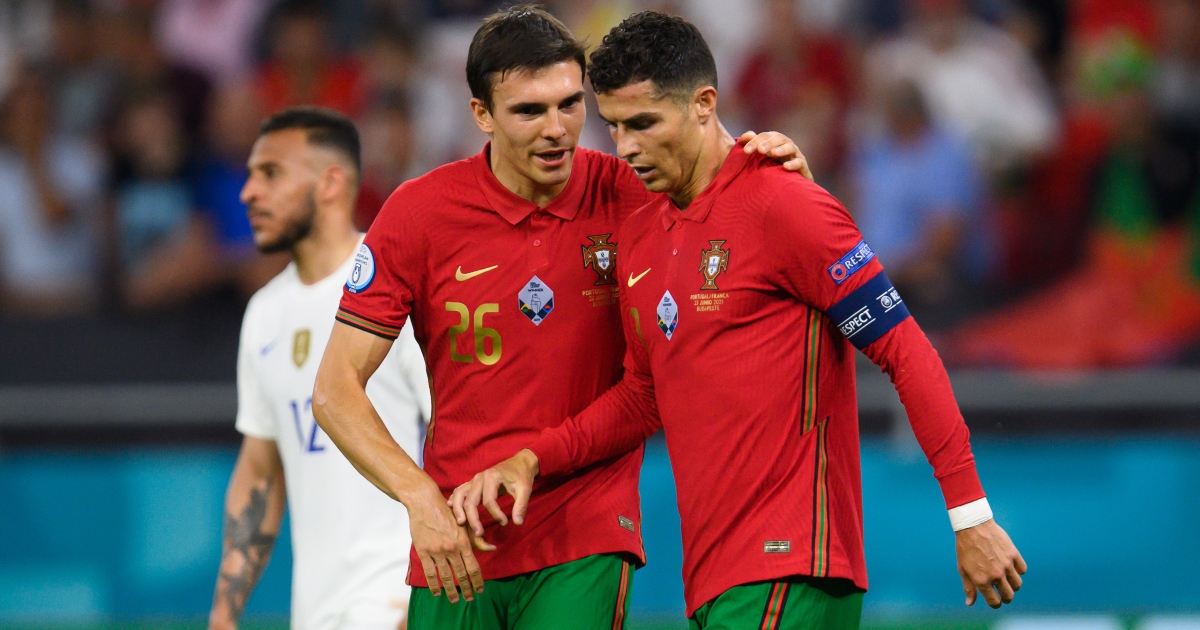 The 26-year-old midfielder has been at Sporting since 2013 and has enjoyed loan spells with Braga, Belenenses and Moreirense.

He has made over 80 appearances for the Portuguese side and is a mainstay in their starting XI.

His fine performances at club level have helped him break into the Portugal national team and he is now a regular in Fernando Santos’ side after making his debut last March.

Whilst on international duty Palhinha has grown close to Ronaldo, who moved to Old Trafford last summer.

Speaking about the 36-year-old, he explained: “Cristiano always put me at ease. I was used to seeing him on television since I was little, but the fact of being in front of him made my first call even more real.

“Being in the national team with him is a great source of pride for any player.”

Sporting boss Ruben Amorim has been asked about Palhinha’s future on numerous occasions, admitting that he is unsure if he will leave or not.

“Palhinha goes to the game. Regarding the market, we don’t know,” Amorim told O Jogo this week. “Seven days to go. It’s a short space, everyone will know what’s going to happen, it’s not worth thinking about.

“I trust that I can stay with Palhinha, but football has things that we do not control, we know that the situation of the club and the country has not changed that much. I’m counting on Palhinha and I hope he continues.”

The 26-year-old has been linked with numerous Premier League clubs. Tottenham, Wolves and Man Utd are all reportedly interested.

As per the Mirror, Palhinha is available for £25m after having a £33m valuation placed on his head last summer.

The Red Devils are ‘keeping tabs’ on the player and could make a move before Monday’s transfer deadline. The report adds that Palhinha ‘dreams’ of a move to the Premier League.