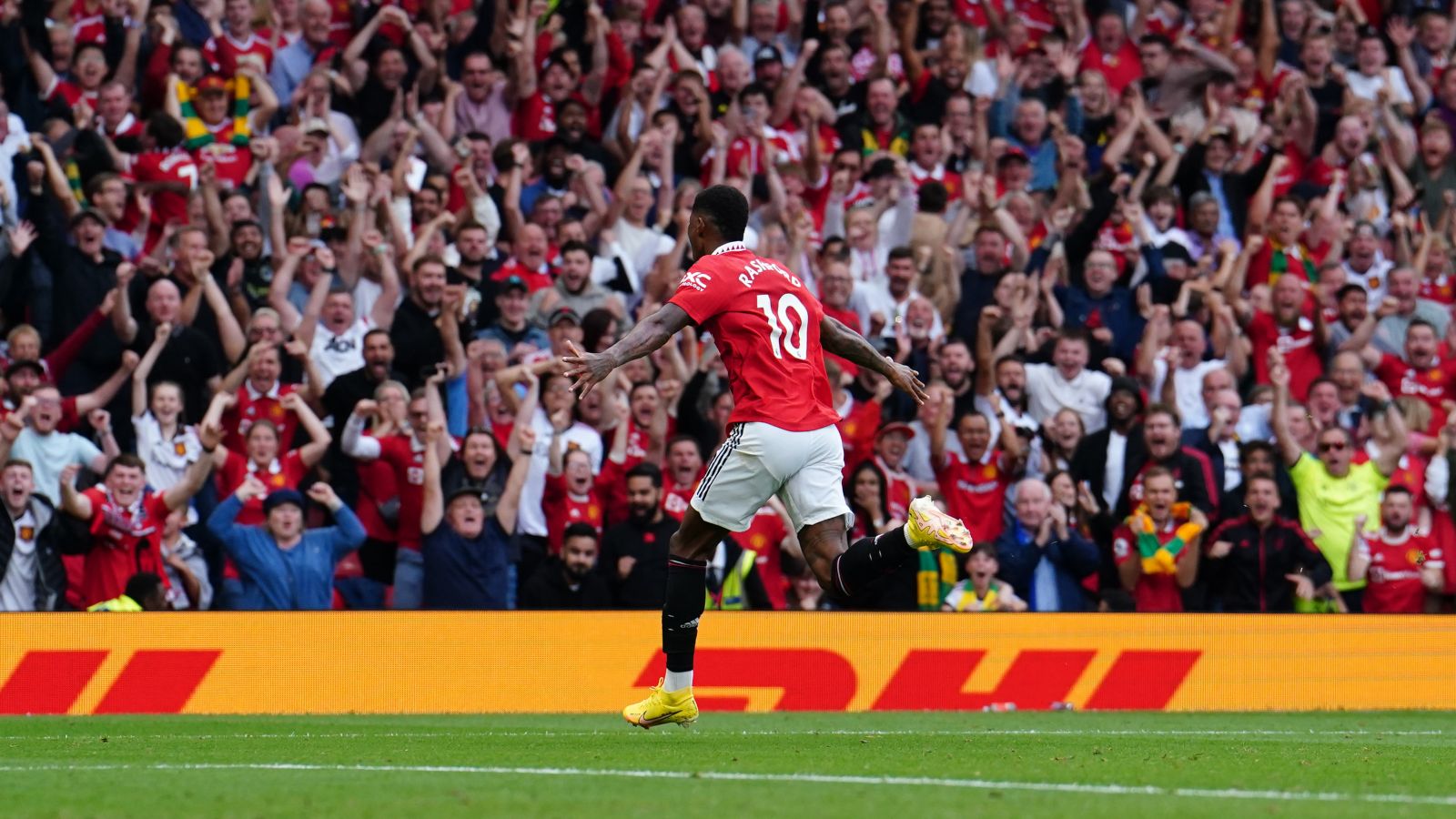 Marcus Rashford is reportedly winning the race to be fit for the Manchester derby on Sunday.

Rashford has been out of action since he suffered a hamstring injury in the Red Devils’ 3-1 win over table-toppers Arsenal.

The striker scored twice in that game and also found the net in the 2-1 win over Liverpool, having rediscovered his goal-scoring touch under Erik ten Hag this season.

The injury prevented him from playing in the Europa League games against Real Sociedad and FC Sherif, and also meant he was unavailable for selection by Gareth Southgate – bad timing with the World Cup on the horizon.

But The Sun report that the 24-year-old is back in training and ‘feels ready for the Etihad showdown’ on Sunday.

Andy Cole, who knows a thing or two about scoring goals for United, having scored 121 goals under Sir Alex Ferguson, is delighted to see Rashford’s return to form and believes he can “propel” his former club to the top four.

“It’s nice to see [Rashford doing well],” he said. “He’s got the confidence back, [he’s] scoring goals. I think he’ll be really happy with that.

“If he can propel Manchester United forward this season, gets us into – I’m not sure what position we are going to end up in exactly, but if we can finish in the top four, it’ll be good.”

Cole reckons the reason behind Rashford’s success so far this season is that the striker has gone “back to basics” having moved “away from his strengths”.

“It’s the first time we’ve seen Marcus run in behind and stretch teams since he first got into the first team,” said our former no.9. “I think he went away from his strengths [last season], which was stretching teams.

“If you look at how he’s playing now to when he first got into the team, people will turn around and say, ‘that’s the Marcus Rashford of old.’

“If he sticks to that, he’ll score goals.”