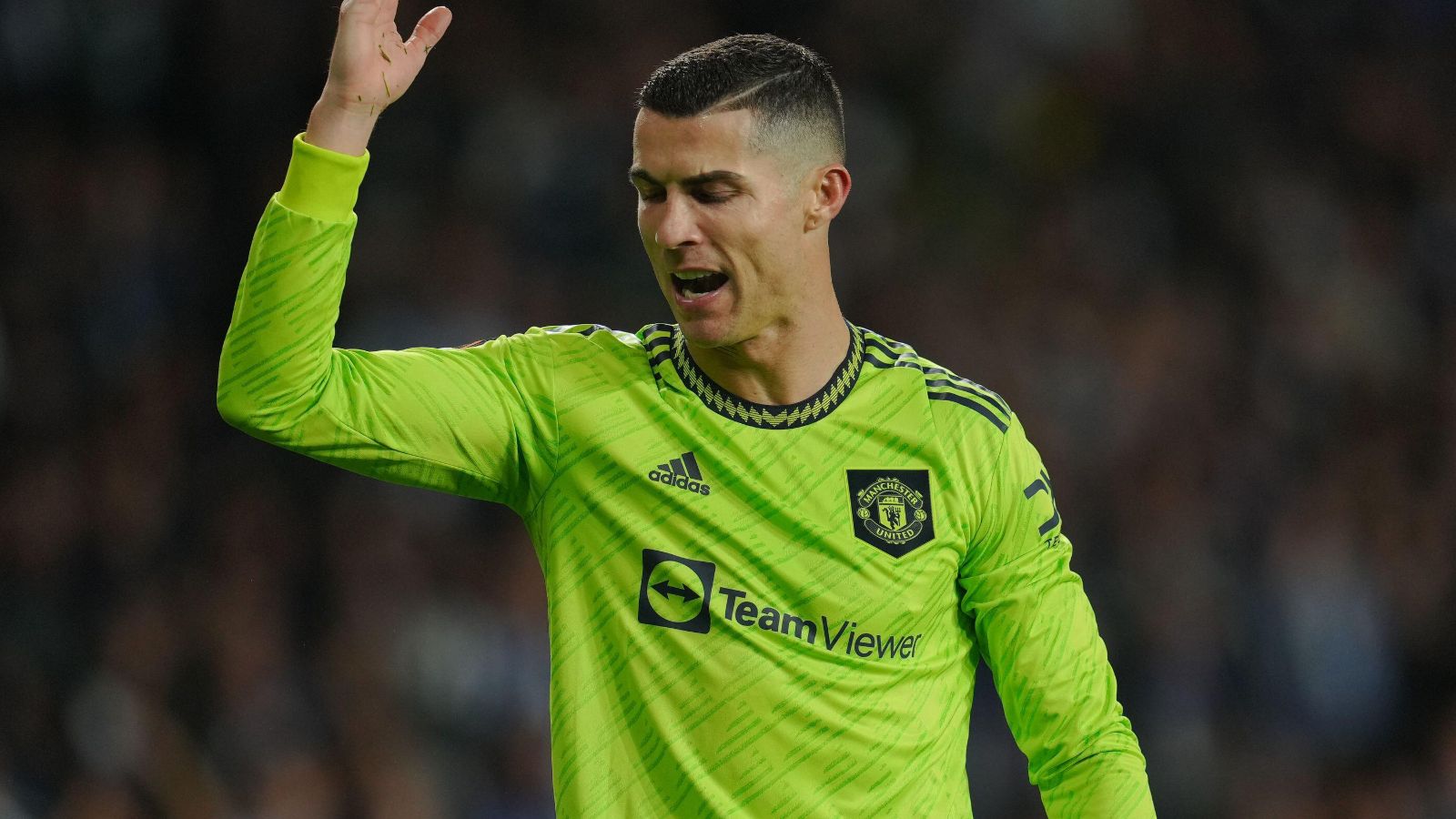 Cristiano Ronaldo is reportedly ‘nearing an exit’ as Man Utd have identified two strikers as potential replacements for the 37-year-old.

It now feels like only a matter of time before Ronaldo leaves Man Utd, with an exit likely in January or next summer when his contract expires.

If Ronaldo had got his way, he would have departed United in the summer as he wanted to join a club competing in the Champions League.

At that point, the Red Devils were keen to keep him and there was not a lot of interest in him from rival clubs.

The 37-year-old has caused a stir in recent months. He missed much of pre-season and he has spent most of this campaign as a substitute.

Ronaldo is clearly unhappy about this as he refused to come on against Tottenham last month.

He has returned to the fold after being punished by Erik ten Hag, who has handled this whole saga pretty well.

It seems like it’s happy families at United for now, but it surely will not be long before Ronaldo kicks up a fuss again if he is left out of the team.

It is for the best that the player and club part ways, and according to The Telegraph, Man Utd are aware of this themselves.

They are ‘preparing for life without Ronaldo’ as they are ‘prioritising a striker as their next major signing’.

One striker they are looking at is reportedly RB Salzburg forward Benjamin Sesko. The 19-year-old is ‘high up on their list of targets’.

Sesko has been ‘under consideration’ since he broke through at the Austrian side and made a big impact last season.

He netted 11 goals in 37 outings last season and he already has six goals this term.

Sesko is said to be ‘following the same path as Erling Haaland’ and he is thought to be a player with ‘huge potential’.

The Telegraph claim that his ‘value is increasing’ and that he could cost ‘upwards of £40m’.

Now, this should be taken with a big pinch of salt as it has already been confirmed that Sesko will join RB Leipzig next summer after a deal was completed in August.

Around £20m was spent by Leipzig to secure Sesko’s services, so United would have to arrive with a major bid if they want to tempt the German side into selling the forward before he’s got going in the Bundesliga.

The Telegraph do add that United are ‘keeping a close eye on’ Dusan Vlahovic as an alternative to Sesko.

The forward was targeted by Arsenal earlier this year before he signed for Juventus.

The Italian side are enduring a slump as they have exited the Champions League. They are also at risk of failing to qualify for the competition next season as they currently sit eighth in Serie A.

The report suggests that Juventus ‘may lose their key players without Champions League football’ and United may look to capitalise.

READ MORE: Ranking every Manchester United No. 7 since Cristiano Ronaldo left in 2009