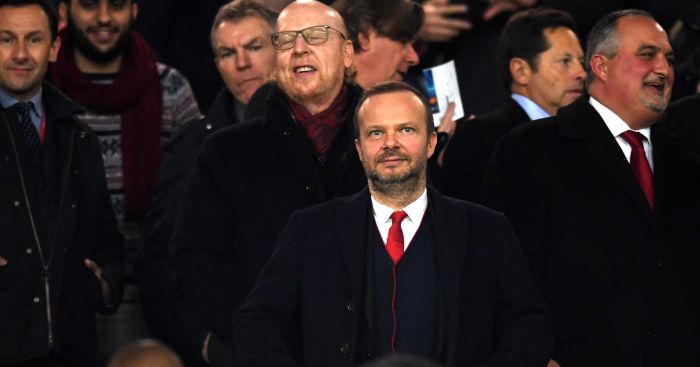 Manchester United have identified their top three summer transfer targets as executive vice-chairman Ed Woodward gets ready to splash the cash, according to reports.

The Red Devils are currently on a sensational run of form that has seen them win 12 of their last 15 matches since Ole Gunnar Solskjaer as interim boss in December, including a 3-1 win over Crystal Palace on Wednesday night.

And it looks as though the United hierarchy are determined to ride the crest of the wave by investing heavily in the squad in the summer transfer market.

Despite their amazing run of form in the Premier League, the club still trail leaders Liverpool by 14 points and neighbours Manchester City by 13 points – with the club hoping new additions will close the gap.

It seems Woodward has learned from last summer when he failed to strengthen United’s backline despite Jose Mourinho – who was sacked in December – insisting he needed a new centre-back.

Following a brilliant breakthrough season for Crystal Palace, Wan-Bissaka, who is also a target for Arsenal, is understood to be top of United’s list and could cost £40million.

The report adds that due to the age of Antonio Valencia and Ashley Young, the Red Devils are looking to strengthen the full-back areas.

United, meanwhile, are ‘refusing to give up’ on Napoli’s Koulibaly despite the Italian club’s president Aurelio De Laurentiis claiming that they turned down a £95million bid from the Red Devils before Mourinho’s departure.

TalkSPORT 2 continues by saying that Barcelona are prepared to let Rakitic leave the Camp Nou as they look to ‘balance their books’ this summer with United showing interest along with Inter Milan.