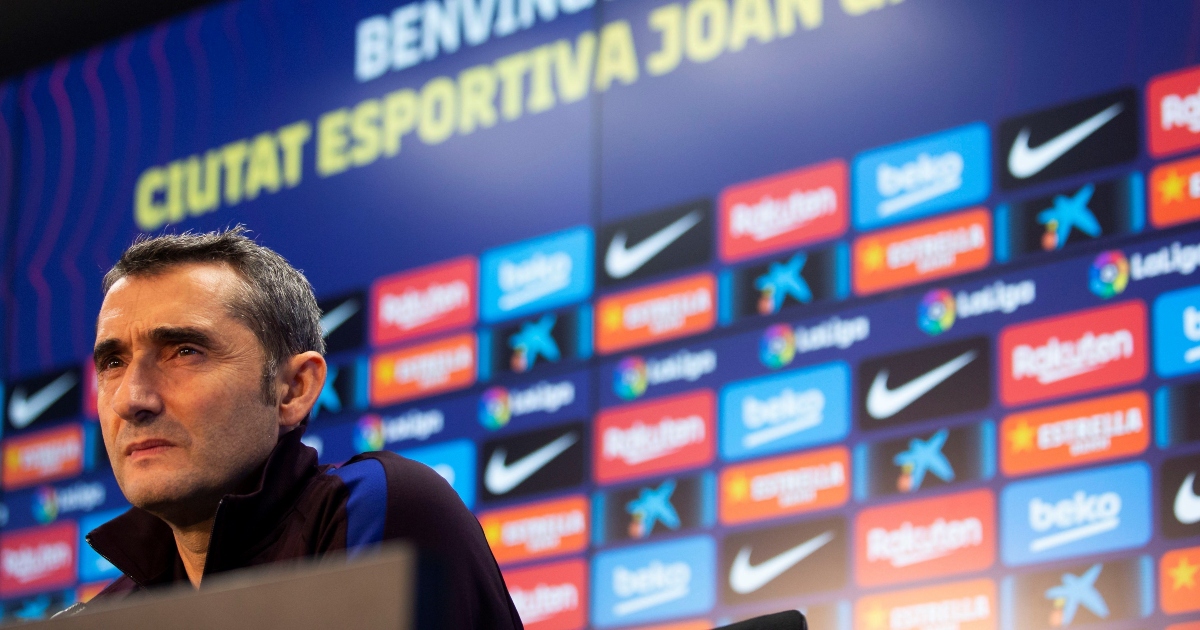 Man Utd have opened talks with former Barcelona boss Ernesto Valverde over the vacant managerial role, according to reports.

The Red Devils are reportedly interested in appointing an interim manager until the end of the season following the sacking of Ole Gunnar Solskjaer.

Michael Carrick is in temporary charge as the club search for a new boss, before sealing a long-term appointment in the summer.

Manchester United board had a direct contact with former Barça manager Ernesto Valverde today, as per @JamieJackson___ 🔴 #MUFC

No decision made yet – he’s one of the five candidates in the list in case Mauricio Pochettino won’t be allowed to leave Paris Saint-Germain.

In June, the former Barca boss was asked if he would manage in England one day, saying: “I wouldn’t mind trying it. You get the feeling that there’s a respect there for what the game is.”

The report adds that if Man Utd can appoint Paris Saint-Germain boss Mauricio Pochettino now, they will abandon plans of an interim boss to bring in the Argentine.

Leicester City boss Brendan Rodgers is also held in high regard by the Manchester club’s hierarchy and could be appointed on a long-term contract mid-season.

Meanwhile, former United striker Mark Hughes has said he would be “very interested” in occupying the Old Trafford hot seat until the end of the campaign.

“There’s a lot of people who have my phone number at United and I haven’t had a call yet,” he told talkSPORT. “So let’s put that one to bed.”

However, when speaking to Sky Sports, Hughes admitted that he would be “very interested” in the job.

“I haven’t had a call yet so I wouldn’t be too excited about it at the moment because I don’t think it’s going to happen, but you never know,” the 58-year-old said.