Home All The News Man Utd increase offer to £70m for Maguire, ‘move ahead’ of City 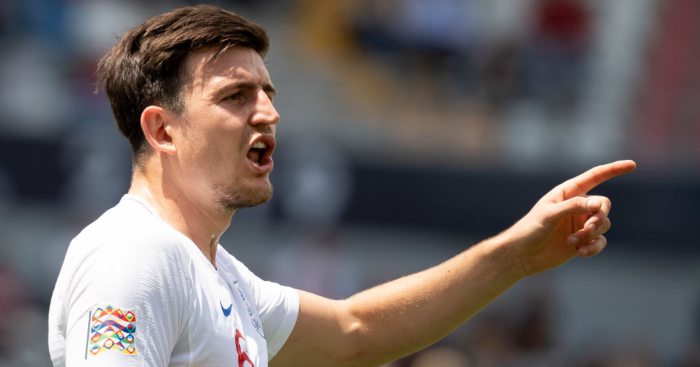 Manchester United have ‘moved ahead’ of neighbours Manchester City in the race for Leicester City defender Harry Maguire after they made a new bid, according to reports.

The Daily Mirror recently claimed that United ‘are out of the running’ for Maguire after Leicester’s world-record demands. The Foxes wanted an initial £90m, plus £10m in add-ons, leaving United, who had valued him at £60m or so, ‘stunned’.

Despite that, Sky Sports claims that United have decided to up ‘their bid to £70m for the Leicester and England defender’.

The same outlet previously reported that Maguire ‘won’t attempt to force a transfer’ this summer but is ‘open to the idea’ of a move.

And Sky Sports adds that talks between United and the Foxes ‘have been ongoing for several weeks’ but ‘a deal is still thought to be some way from being agreed.’

The report hints that the Red Devils could have to come back with at least another bid as Leicester ‘would only consider a bid in excess of the £75m world-record fee paid by Liverpool for Virgil van Dijk.’