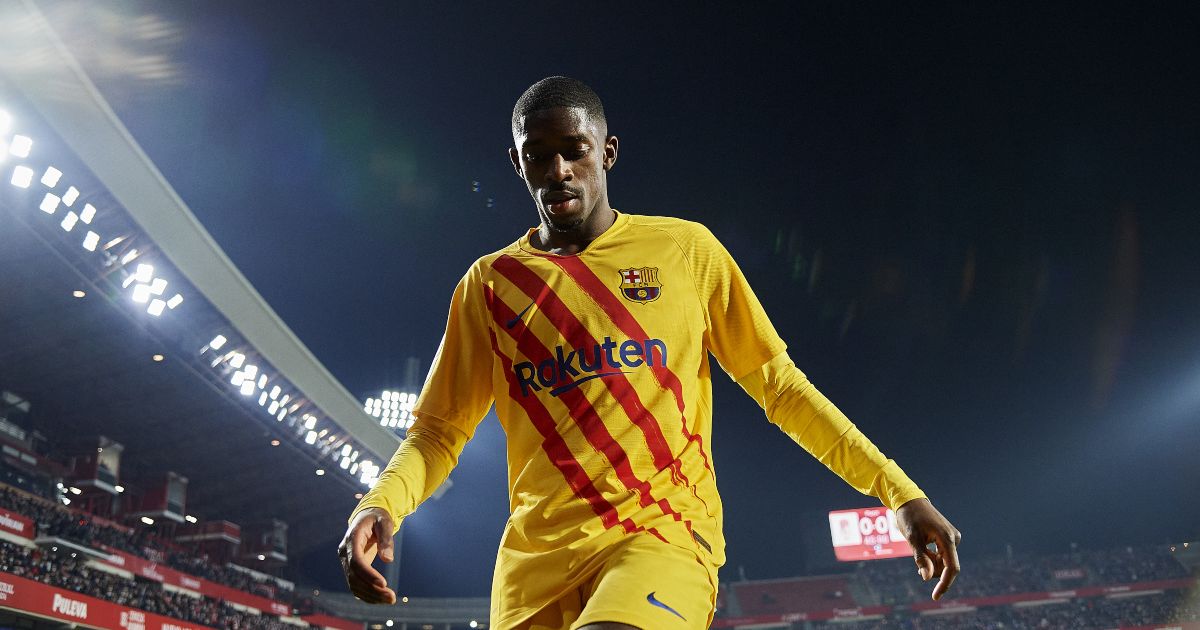 Man Utd are ramping up the pressure in their pursuit of Barcelona forward Ousmane Dembele, according to reports in Spain.

The France international’s future at the Nou Camp is uncertain after a difficult few years with the La Liga giants.

Dembele played 44 times in all competitions last term, but struggled with a hamstring injury, an injury which re-emerged for Les Bleus at Euro 2020.

The 24-year-old has only just returned to fitness over the last couple of months with Dembele featuring just ten times in all competitions.

He has two assists in his last four appearances for the Catalan giants but it still seems likely that the he will leave the Camp Nou in the summer when his contract expires.

And now Mundo Deportivo (via Sport Witness) claim that Dembele has been given ’48 hours’ to give Barcelona an answer on their renewal offer or they will take it as he wants to leave the club.

There is ‘still no formal response’ from Dembele or his representatives and Barcelona could ‘try to advance’ a transfer to a possible new club in January, rather than losing him for nothing in six months.

Barcelona have ‘no record’ that Dembele has agreed a deal with a Premier League club yet with Mundo Deportivo adding that Man Utd and Italian giants Juventus are the two ‘possible destinations’.

Man Utd have been ‘increasing their pressure’ in ‘recent weeks’ but that the tax laws around wages in Italy could ‘tip the balance’ in Juventus’ favour.

Phillips told Football Insider: “I don’t think his comments helped at all.

“As a player you get asked questions but sometimes you need to bat it back and keep your opinions to yourself. Players should do their talking on the pitch and do what their manager tells them to do.

“This is Ronaldo, when he speaks people listen. I just don’t think his comments were helpful in a time when United are struggling.

“Clearly things are not right in that dressing room, in that camp. Players coming out in the press and saying their bit isn’t helpful.”