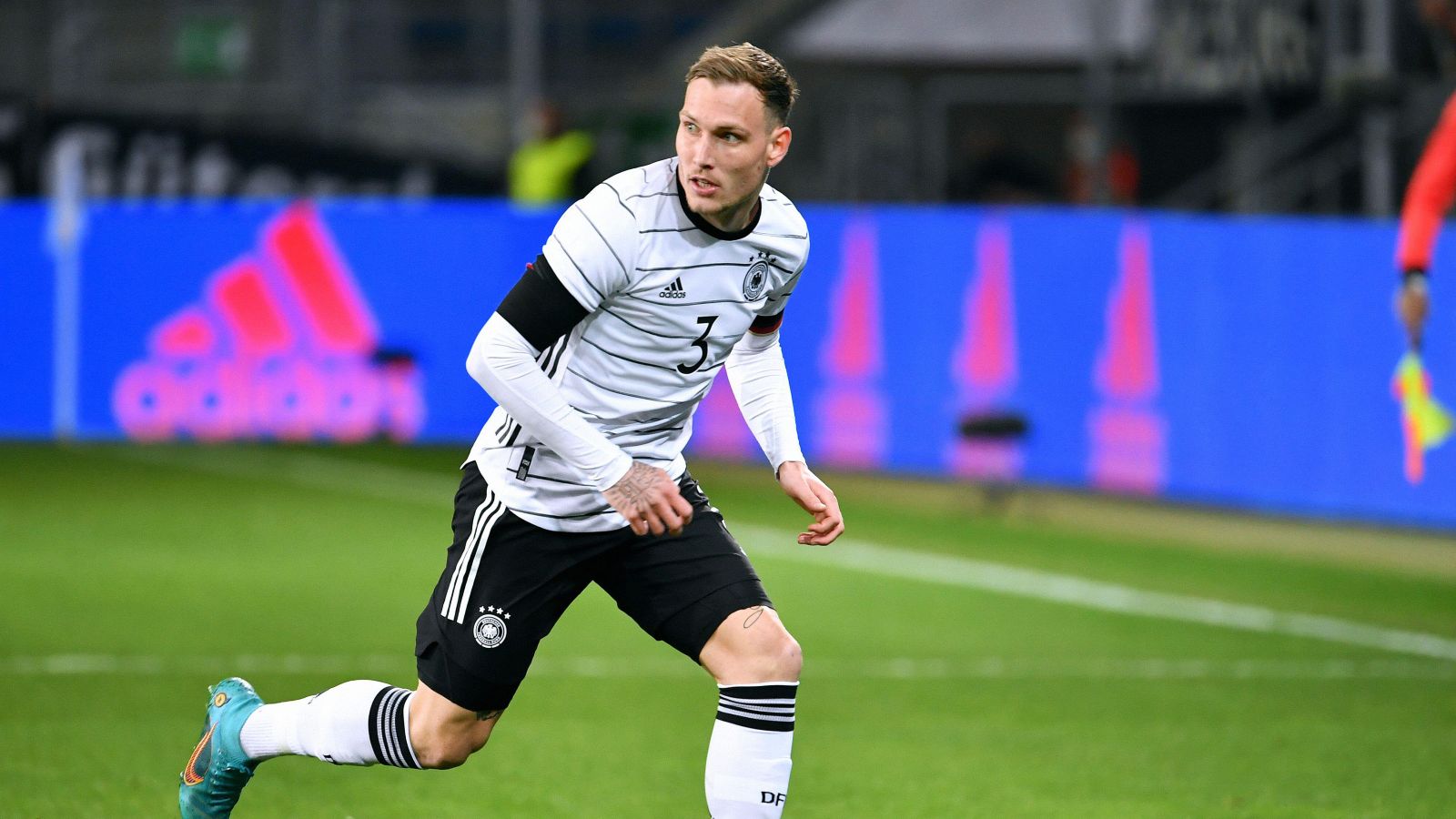 Man Utd have been told by Hoffenheim boss Andre Breitenreiter that clubs showing interest in Germany international David Raum is “not a problem”.

The Red Devils are understood to be among the clubs interested in the wing-back.

Raum made the move to Hoffenheim from fellow German side Greuther Furth ahead of the 2021/22 campaign.

The 24-year-old has performed well for Hoffenheim, playing 35 times for them across all competitions. He was named in the Bundesliga team of the year for the 2021/22 season.

Raum provided eleven assists in the league. He made his senior debut for Germany last year and he has now played nine times for his country.

Sky Sports Germany (via Sport Witness) are reporting that Man Utd and Borussia Dortmund are ‘interested’ in Raum.

He is under contract until 2026 and he is ‘likely to cost €30-35m’. Breitenreiter is keen for Raum to stay with Hoffenheim:

“It’s not a problem for me,” Breitenreiter said.

“We have already had contact. He should rest now for the time being. But it’s no secret that I prefer to have him with me.

“I am the coach and want to have the best players in my team, but there are also always club interests. For me, that’s not a problem.”

Hoffenheim sporting director Alexander Rosen added: “I would prefer to keep him. At the end of the day, it depends on what the market looks like and what chance the player has.

“If a top club comes and he gets the opportunity, then, of course, we will sit down with him. In the end, it’s always about an exchange based on trust.”

Asked if Timber will stay in Amsterdam, Schreuder replied: “I hope so and I assume that.”

The 49-year-old added: “Erik knows that he should not buy players from Ajax. No, that is a joke. You never know in football. But it is not important to me to talk about Erik or United. We have to talk about Ajax and we know that we are a very big and strong club.”