Home All The News Man Utd interest in £64.9m target is being ‘exaggerated’ 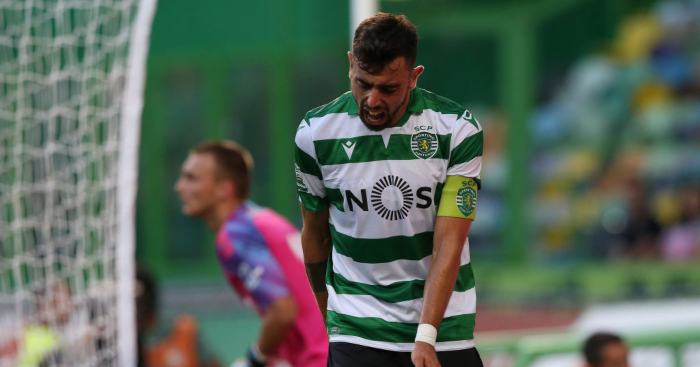 Manchester United’s interest in Bruno Fernandes is being blown out of proportion, according to a report.

It is also said that Sporting will try and delay negotiations to the extent that Fernandes does not move until after the Portuguese Super Cup final against Benfica on August 4.

Correio da Manhã also had an update saying that the player’s agent was ‘in England intensifying negotiations’ over the weekend now says the aforementioned friendly ‘can mark the farewell’ of Fernandes.

United are ‘tightening the siege’ and ‘Europe’s most scoring midfielder ever’ is bound for the Premier League.

However, Sky Sports tells us to forget all that as ‘interest is not as strong as is being suggested’ and that ‘the level of that interest is being exaggerated in Portugal’.

They do add, however, that Fernandes ‘is one of a number of names being considered’ after United ‘watched the player through their global scouting network’.