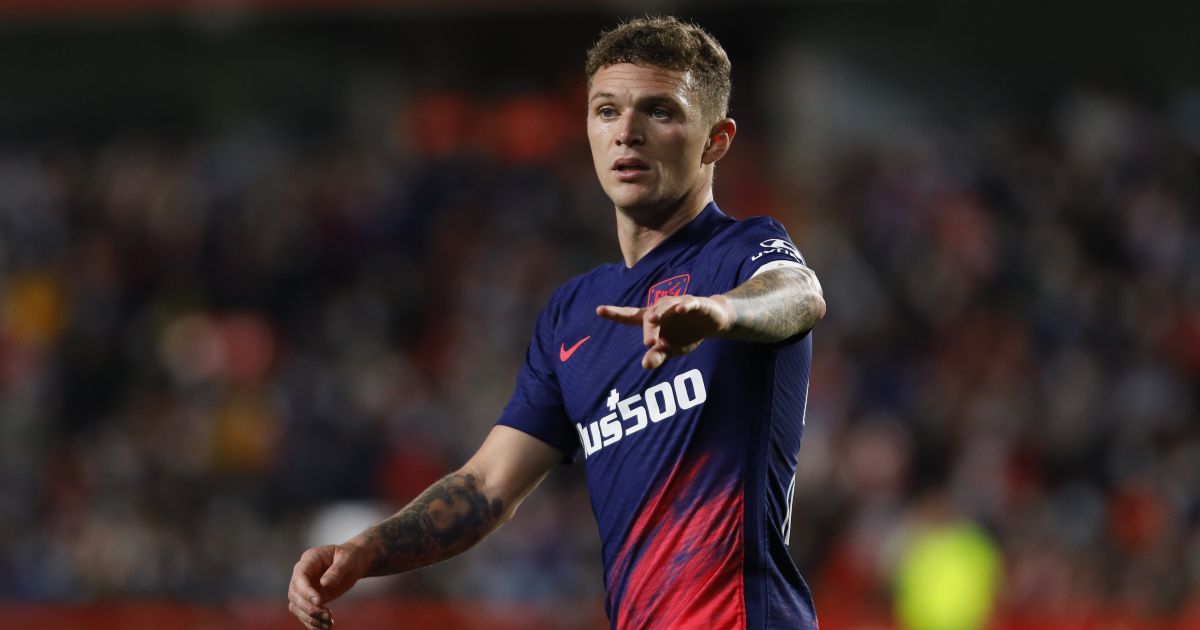 Man Utd are still interested in Atletico Madrid defender Kieran Trippier despite Ralf Rangnick’s arrival at the club, according to reports.

The 31-year-old had successful spells in the Premier League for Burnley and Tottenham before moving to Spain to join Atletico Madrid in 2019.

Trippier won La Liga with Diego Simeone’s Atletico last season and played for England at Euro 2020 as they reached the final under Gareth Southgate.

He was heavily linked with a move to Man Utd during the summer transfer window when Ole Gunnar Solskjaer was still at the club, while speculation has persisted that they could go back in for him in January.

However, the arrival of new interim boss Rangnick has complicated matters but appears the German would also like to add the attacking wing-back to his ranks.

The Athletic claim that ‘United’s interest in Trippier remains’ despite the change of manager and the form of Diogo Dalot.

Trippier was always seen as an upgrade, in an attacking sense, on Aaron Wan-Bissaka but Rangnick has preferred to use Dalot since taking the reins at Old Trafford.

It was reported last week that Simeone was prepared to allow Trippier to move on if they received a £15m offer and they could find a suitable replacement for the England international.

Newcastle United have also been linked with Trippier as the January transfer window approaches with the club’s new owners prepared to splash the cash.

And former Aston Villa striker Gabby Agbonlahor thinks the signing of Bury-born Trippier would be “great” for the Magpies, who look a good bet to be relegated from the Premier League this season.

Agbonlahor said on talkSPORT: “That would be a great signing. I’m sure they would be paying a big lump to get him there but if they can, 100 per cent.

“I’m sure Callum Wilson would love the service that Trippier can bring. That would be a great signing if they can get that done.”