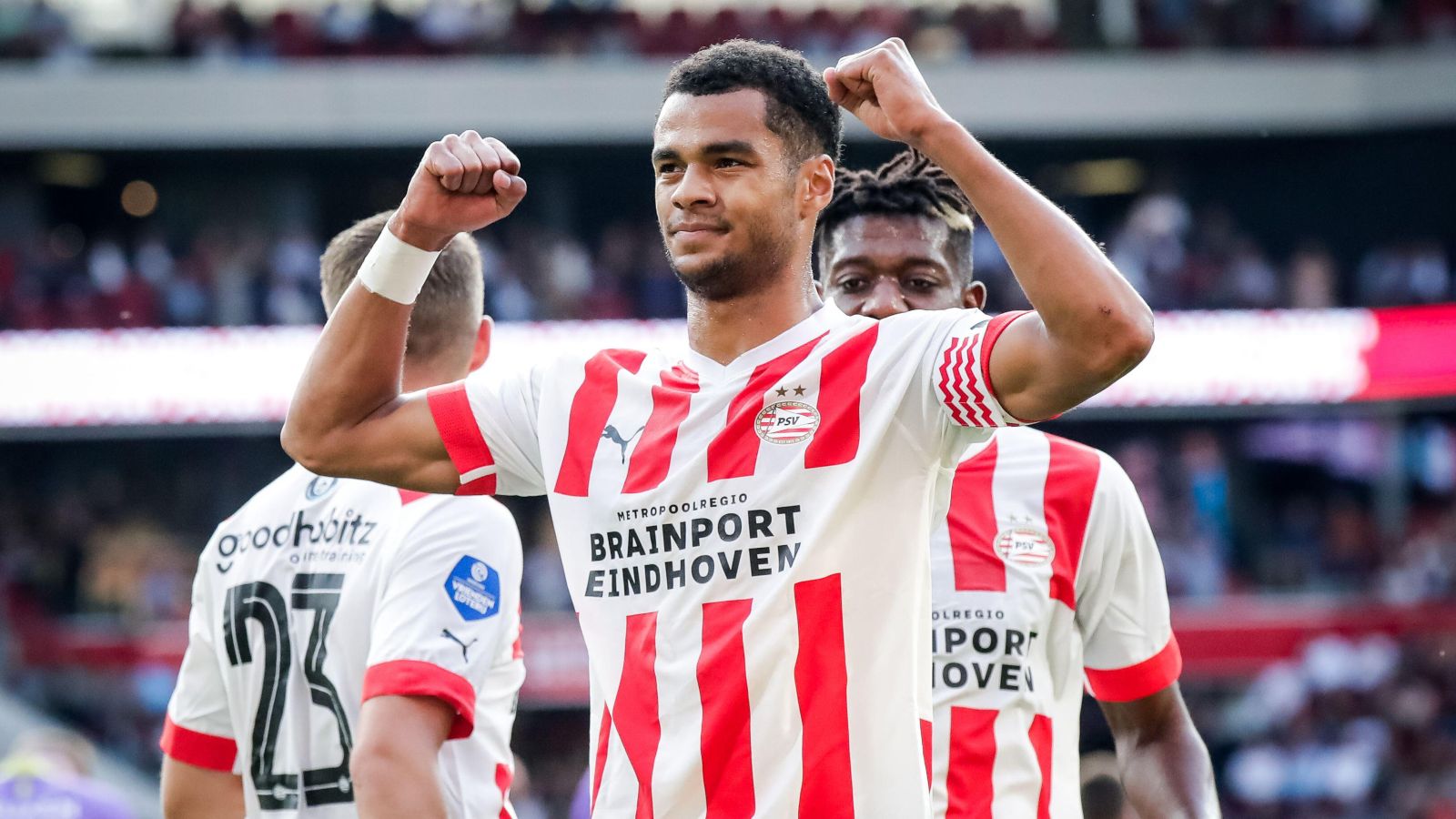 Interest from Man Utd in PSV Eindhoven winger Cody Gakpo destroyed everyone else’s chances of landing the player in the summer, according to reports.

The Red Devils managed to get the signings of Antony and Martin Dubravka over the line on deadline day as Erik ten Hag completed his summer business.

But they could’ve inadvertently denied other Premier League clubs from getting a deal for Gakpo over the line in the final week of the window.

Man Utd were heavily linked with Gakpo earlier in the transfer window as it looked like a deal for Antony could prove too expensive for the Red Devils.

However, Man Utd eventually dug deep to find the £86m needed to land the Brazilian and in turn ended their interest in signing Gakpo in the summer.

There has been speculation linking numerous other clubs this window too but The Athletic claim that early interest from Man Utd provided PSV fans with unrealistic expectations of how much Gakpo was worth.

When Man Utd were seriously interested in Gakpo, the Eredivisie club set an asking price of €50m (£43.3m) for the Netherlands international.

On Man Utd dropping out of the race for Gakpo, The Athletic report:

‘This, however, proved to be a double-edged sword for the clubs still keen on Gakpo.

‘PSV dropped their asking price but found themselves under pressure from their supporters to sell Gakpo for an extortionate fee, with hopes inflated by how much United paid for Antony and how late in the window that deal was confirmed.’

Nottingham Forest, Leeds United, Everton and Southampton were all interested in Gakpo at various times in the window with Forest deciding ‘to move on to other targets after their £21million offer was turned down by PSV’.

Gakpo was ‘open to the idea of joining Everton’ but they were also ‘unable’ to strike a deal with the Dutch outfit over a potential transfer.

And Southampton and Leeds were pushing hardest towards the end of the summer transfer window with it becoming clear that ‘player terms were not going to be an issue’.

The Saints made a final bid which ‘totalled more than £30million including add-ons’ for Gakpo with Leeds ‘under the impression that Southampton had already met PSV’s asking price for Gakpo or had gone very close to it’.

However, the Saints pulled out after Leeds ‘exceeded’ their offer but negotiations between the Yorkshire club and PSV eventually ‘collapsed’ despite earlier indications that the Eredivisie giants were ‘ready to sell’.

‘PSV communicated the message that Gakpo was staying and all bids were being rejected, leaving Southampton and Leeds licking their wounds after a tense few hours.’