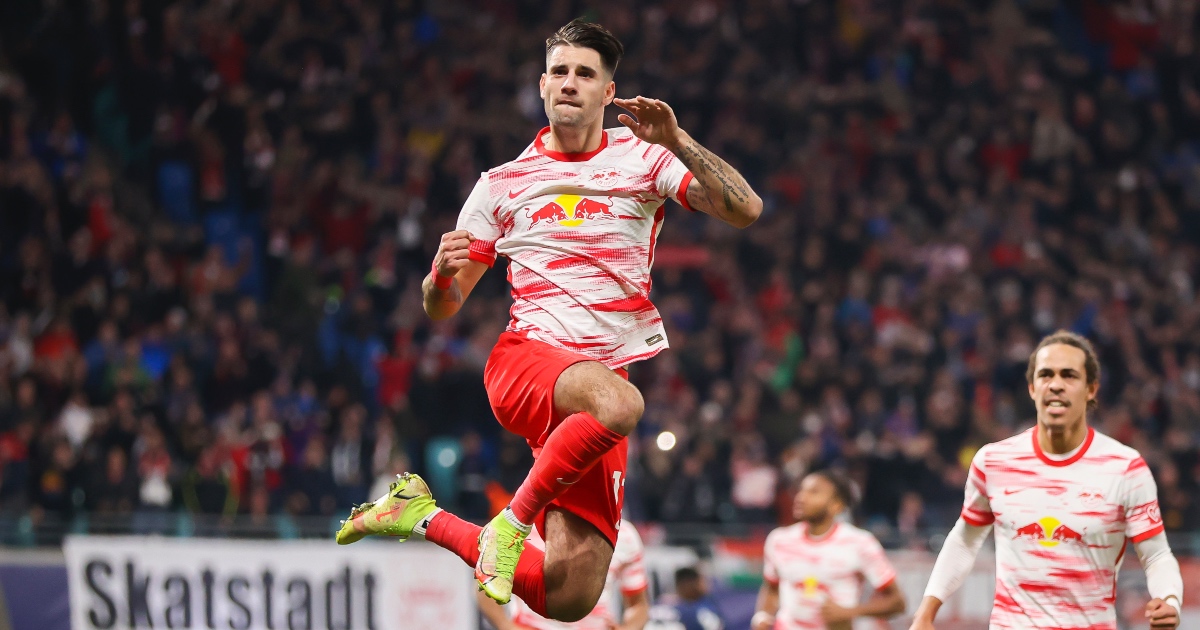 Manchester United are reportedly interested in RB Leipzig midfielder Dominik Szoboszlai, but will have to pay around €70m for his services.

Szoboszlai is one of a number of Leipzig players looking – like Naby Keita, Timo Werner and Dayot Upamecano, among others – to use the club as a ‘springboard’ to bigger and better things.

That’s according to SportBILD (via Sport Witness), who claim Leipzig are happy to be that launchpad as long as they are paid sufficiently.

Szoboszlai is one of the Bundesliga side’s stars with an ‘escape option’ in his contract – a release clause of around €70m.

If met, it would represent a significant profit for Leipzig, who paid £19.8m to RB Salzburg for the 21-year-old in January of this year.

The report claims both Atletico Madrid and United were keen on a move for the playmaker in the summer, but refused to pay the release clause due to Covid-enforced financial constraints.

But it’s claimed the two clubs remain ‘interested’ in Szoboszlai, which is something of a surprise given United’s wealth of options in attacking areas.

Meanwhile, Gary Neville says the United bosses must “put their helmets on” to defend Solskjaer.

He said: “Last season, people said second in the league is progression, it’s now not progression. That has to change very quickly. Against big teams, they look desperately short, and they shouldn’t. That’s where the manager comes under enormous pressure, and questions are asked, and on social media the pressure will be hot, but the contingent on social media are very different to the fans in the stadium itself.

“The contingent on social media don’t have the sympathy, the empathy, the compassion that the fans in the stadium have. But the fans walked out towards the end of Saturday’s game, because they knew it wasn’t right.

“They’ve planned around a structure of way of working in the last two or three years that they’re not going to veer away from, but in this moment in time they’re going to have to put their helmets on if they’re going to defend it.

“Because the reality of it is it’s nowhere near good enough and you can’t defend it. They’ve only played a couple decent sides in Tottenham, Liverpool and City. They should have already had plenty of points in the bank to deal with that. It’s unacceptable with this squad.”