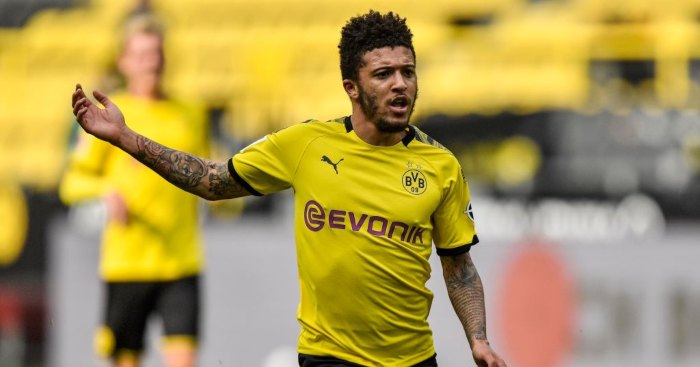 Man Utd have a back-up plan in case they miss out on signing in-demand Borussia Dortmund winger Jadon Sancho, according to reports.

It was claimed back in April that he had agreed to provisional personal terms over a switch to Old Trafford, although no transfer agreement has been finalised as Man Utd hope that Dortmund’s will lower their hefty £87m asking price.

With most reports claiming the German side will want in excess of €100m for Sancho, it remains unclear whether a transfer will be completed this summer.

And now Calciomercato (via Sport Witness) claims that Man Utd have drawn up contingency plans and have made Juventus winger Douglas Costa their ‘first alternative to Jadon Sancho’.

The Brazilian has only started six Serie A matches for the Old Lady this season and has been inconsistent since moving from Bayern Munich.

That has seen Juve make him available for transfer this summer with Costa ‘tempting to many European clubs’.

Barcelona, Manchester City and Paris Saint-Germain are all credited with interest in Costa but the report adds that if Man Utd want the 29-year-old then Juventus could try and include Paul Pogba in the deal.