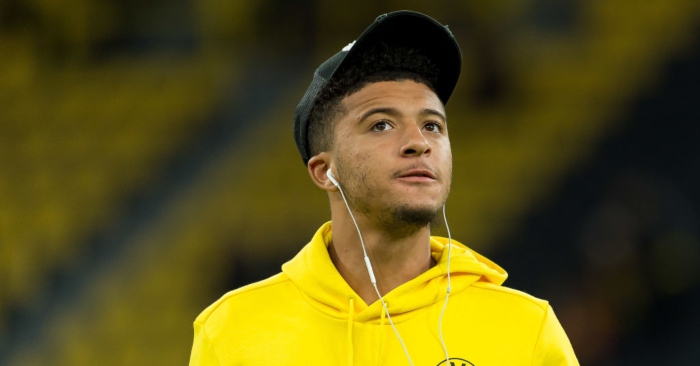 Ole Gunnar Solskjaer continues to press ahead with his plans to change the culture at Man Utd.

The Norwegian has thus far added Daniel James, Aaron Wan-Bissaka and Harry Maguire to his squad as he looks to imbue them with a young, British and hungry spine, supplemented by the technical majesty of Bruno Fernandes. Although the Portuguese probably won’t be joined by his mate.

That theme looks likely to remain this summer, as Sancho, Bellingham, Kane and Jack Grealish are among their top reported targets.

Sky Sports offered an update on five players Man Utd have been linked with in recent weeks, and whether the speculation is based on fact.

James Cooper confirms that Sancho is ‘a primary target’ but a planned £100m move will likely be affected by the global pandemic and subsequent impact on football’s finances.

A purported ‘increase in player swaps’ could even be looked into, with Dortmund having attempted to include Mason Greenwood in a deal last summer.

James Rodriguez, however, ‘is not’ wanted by Man Utd, who ‘believe there are better players on offer who also match their desire to bring in the best English talent’. To that effect, Grealish ‘is far more attractive’.

Tottenham striker Kane also ‘isn’t on United’s recruitment list’, despite claims that he had decided that Old Trafford would be his destination in the event he leaves Tottenham.

The world-record asking price is seen as far too prohibitive and thus ‘it won’t happen’.

But Bellingham is a player Solskjaer – and former sporting director candidate Rio Ferdinand – keenly admires. Paul Pogba’s ongoing situation ‘won’t interfere with United’s intentions to sign a player who’s been identified as one of the brightest young talents in world football’.

Man Utd plan to sign Bellingham and resist Birmingham’s plans to loan him back for a season, instead integrating the teenager into their first team.