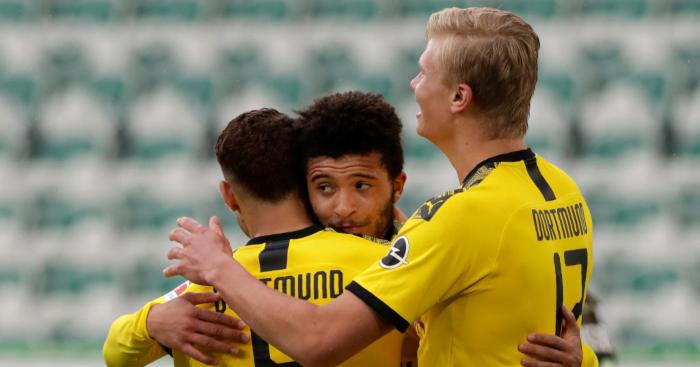 UEFA handed down a two-year European suspension for breaking FFP regulations earlier this year with City taking their case the the Court of Arbitration for Sport (CAS) in a bid to get the decision overturned.

And now the Daily Mirror claims the decision from CAS on whether to uphold City’s ban or not could decide the future of Dortmund winger Sancho, who has been the subject of interest from both clubs.

Man Utd are currently fifth in the Premier League table, which would be enough to secure Champions League football next season if City – who are second in the standings – are banned from next season.

Dortmund ‘are demanding £100million-plus for Sancho’ and qualification for the Champions League would swell the Red Devils’ coffers by around £50m.

Not only would it give Man Utd a ‘much-needed’ financial boost, it would also make them a more attractive prospect for Sancho, who wants to play in the Champions League.

On Friday, ESPN sources claimed that Bayern Munich ‘made enquiries about him before the coronavirus shutdown’ and that they could provide a threat to Man Utd’s chances of landing Sancho.

Despite Bayern’s interest in Manchester City winger Leroy Sane, the report added that the Bundesliga side are ‘keeping their options open and will press ahead with a bid for Sancho if any move for Sane stalls’.