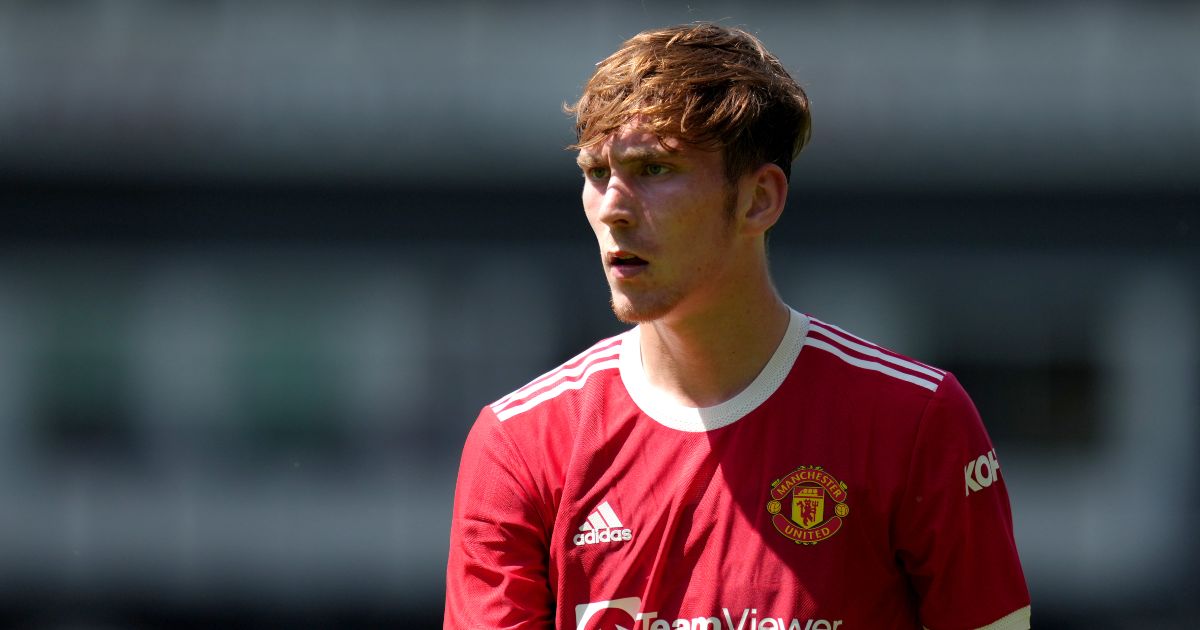 James Garner’s future at Man Utd is up in the air after he rejected a new deal to remain at Old Trafford, according to reports.

The midfielder spent the first half of last season on loan at Watford before returning to the Championship for the second half of the campaign with Nottingham Forest.

The 20-year-old has played seven times for the Man Utd senior side in competitive matches, making his first-team debut by replacing Fred in a 3-1 away victory over Crystal Palace in Feburary 2019.

He has been linked with a loan move back to Nottingham Forest, while fellow Championship clubs Sheffield United and Stoke City are believed to be interested.

His deal with the Red Devils runs out next years and Football Insider claims that Garner ‘has rejected the offer of a new contract’ at Man Utd ‘to throw his future at the club into major doubt’.

United see him as a ‘future star capable of establishing himself as a first-team regular’ but he has ‘knocked back a new deal that would replace his agreement expiring next year’.

Any potential loan move will be blocked by Man Utd ‘until he agrees a new contract.’ at the club despite the Premier League side having the ‘option of a one-year extension’.

Man Utd are ‘keen for him to head back out on loan this summer’ but his ‘latest snub has thrown his future at Old Trafford into the air’.

Bruno Fernandes is a big fan of Garner, praising the youngster and his team-mate Anthony Elanga after playing with them in pre-season.

“I think we know some of them already. Jimmy Garner, I think is a really good player, I really like him and the way he kicks the ball. He’s really aggressive off the ball too,” Fernandes said.

“Elanga was already playing with us and this pre-season he has been brilliant. He’s a nice kid, works hard and is really humble and I think he’s deserving of everything that’s happening to him. I see a brilliant future for him and Jimmy too, and also for all the other kids.

“More than performing, [Elanga] is training hard. Since last season when he came to the first team he has been training really hard and, as I said, being very, very humble.

“The way he trains and treats the people is really important to be part of the first team and that’s why he’s deserving of every chance he gets and every performance he has put in.”