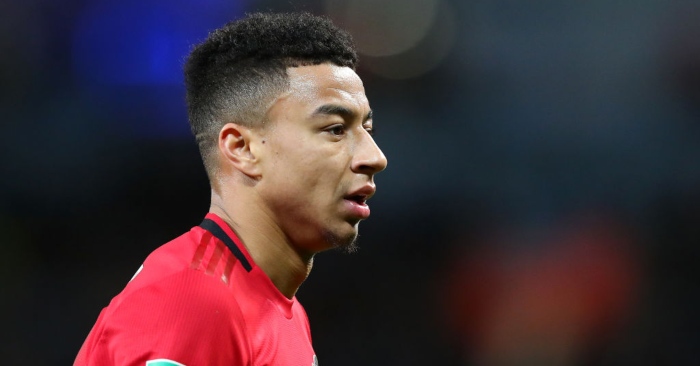 Jesse Lingard wants to try and resurrect his Manchester United career rather than opt for the chance of more first-team football at a Premier League rival.

Arsenal are reported to be leading the chase for the England midfielder, with boss Mikel Arteta believed to be a fan, while Everton have also been linked.

Lingard, who has been at Old Trafford since the age of six, has 12 months remaining on his £110,000-a-week deal and, although United have the option of extending that by a year, they may feel it’s the right time to cash in.

Having been a key man for club and country, Lingard has managed just two goals in 35 appearances for United this season – one in the FA Cup and one in the Europea League – and Ole Gunnar Solskjaer wants more bang for his buck.

In addition, the Norwegian boss has also had to reprimand Lingard over the midfielder’s inappropriate use of social media.

Referring to a lewd Snapchat video, Solskjaer said at the time: “I am old-school, old-fashioned, quite big on discipline and self-discipline. I can’t spoon-feed these players, they have got to do it themselves.

“I have had many years at this club and I have seen which players have been successful. You have got to be a strong character to play here. It is not like I can tell them to pass from A to B, to C to D. They have to make their own decisions, and in life as well.”

Lingard appears to have taken that on board and a report in Metro says the 27-year-old is desperate to become a big part of Solskjaer’s first-team plans going forward.

FEATURE: The progression of the Premier League’s highest-paid player

His age and experience mean Lingard may still be worth £30million and that could provide useful funds if United want to splash out for Dortmund youngster Jadon Sancho.

The arrival – and instant success – of Bruno Fernandes for £47million also used up transfer funds and limited the available spaces in the United midfield.

Lingard is desperate to stay but his hand may be forced.

And Arsenal, who are looking for a replacement for Dani Ceballos when the Real Madrid star’s loan move expires, look to be first in the queue.