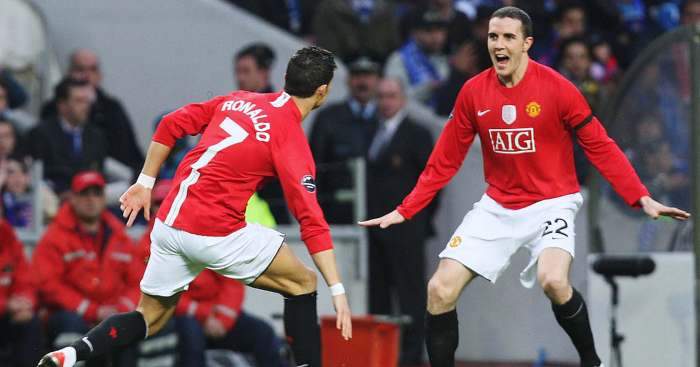 The Red Devils signed Ronaldo from Sporting Lisbon for £12.25m in 2003 shortly after losing to the Portuguese giants 3-1 in a match to help open their new stadium.

After the match, Ferdinand was one of several players who urged Man Utd to sign Ronaldo after leaving a mark on his future team-mates.

“We played against Sporting in 2003, we get in at half-time and John O’Shea must’ve needed an oxygen tank next to him,” Man Utd legend Ferdinand said during a live FIFA 20 match.

“He was in bits and he was sitting there panting. We were telling him to get closer to Ronaldo and he couldn’t even answer us.

“To be fair, me, Paul Scholes and Nicky Butt were standing there going ‘this kid’s unbelievable, we’ve got to sign him’.

“We got on the coach and we were delayed for about an hour and a half, and then they said they were doing a deal to sign Ronaldo now.”