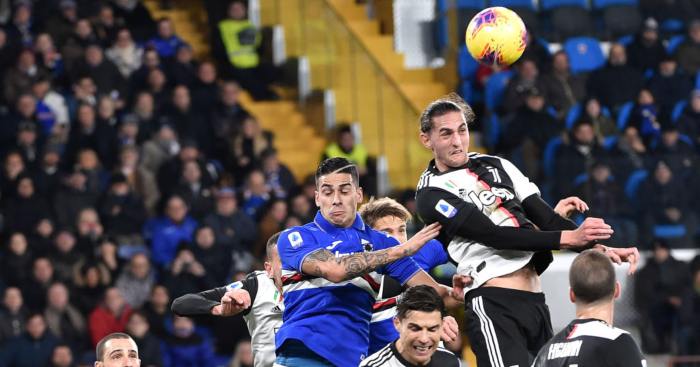 Man Utd have been in contact with Adrien Rabiot’s representatives over a possible move from Juventus to Old Trafford, according to reports in Italy.

The Frenchman, who only joined the club in the summer, has started just 11 matches in Serie A and 16 in all competitions this campaign.

Rabiot was frequently linked with a move to the Premier League while at Paris Saint-Germain, though opted to join Juventus on a free transfer.

Juventus boss Maurizio Sarri is overloaded in central midfield, favouring the likes of Miralem Pjanic, Rodrigo Bentancur and Blaise Matuidi and there could be a possibility he is deemed surplus to requirements this summer.

Calciomercato (via Sport Witness) claims that there have been ‘continuous contacts held in recent weeks with’ Premier League clubs Man Utd and Everton.

The Red Devils are ‘serious’ about signing Rabiot and the Frenchman’s agent is ‘at work’ trying to seal a move to the Premier League.

Meaning that Rabiot could be used as part of a deal to sign Paul Pogba – a long-term target for Juventus – or Man Utd could sign him in a standalone transfer.