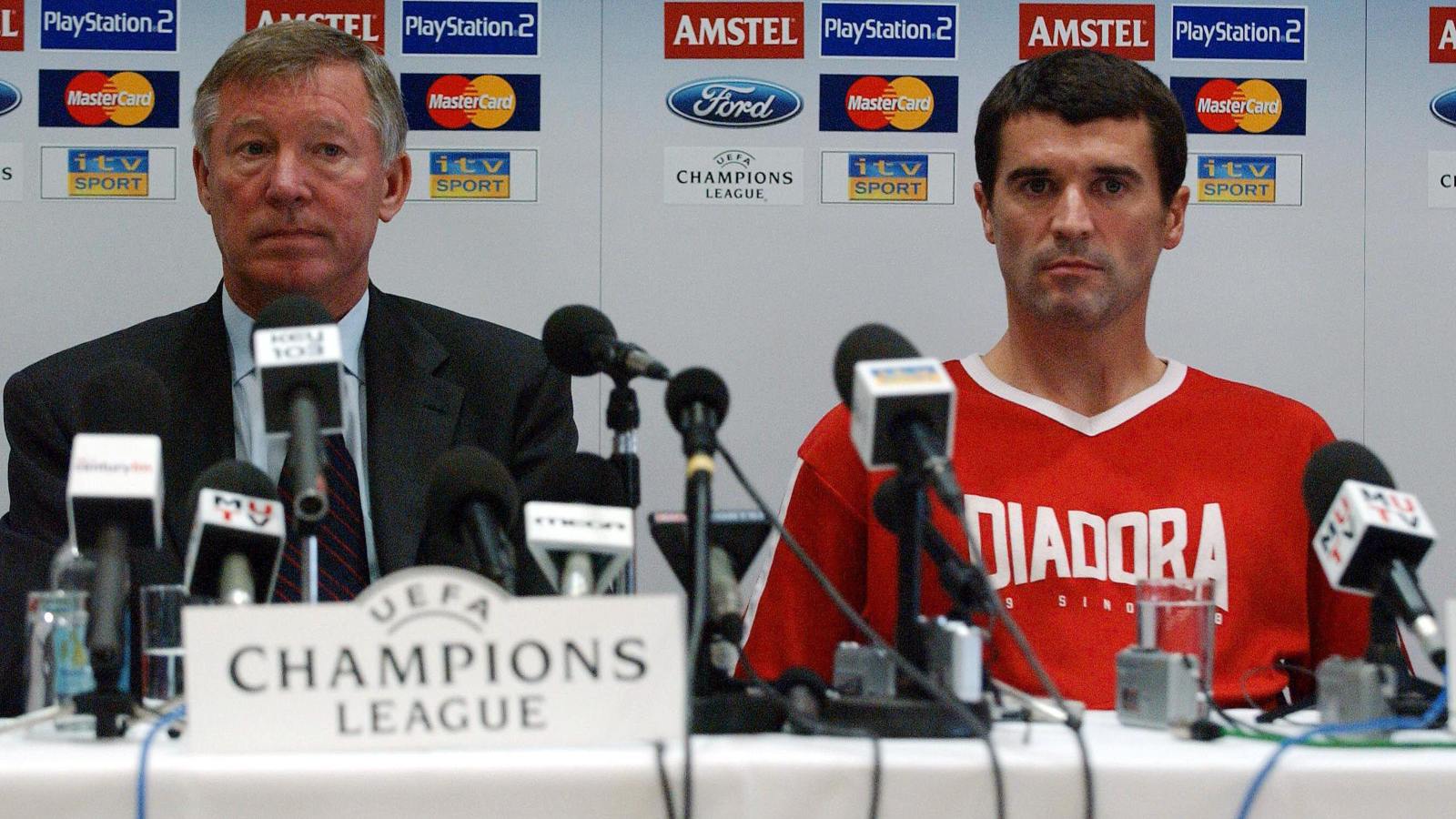 Keane famously fell out with Fergie in 2005 before leaving for Scottish giants Celtic after 12 years at Old Trafford.

The Irishman left Man Utd as the most successful captain in the club’s history with the English side winning nine major honours under his leadership.

Ferguson clashed with the former Man Utd midfielder about the set-up of a resort on a pre-season training camp before Keane angered the Scot further by revealing in an interview with MUTV that he would be “prepared to play elsewhere”.

And Keane hasn’t always been complimentary about Ferguson in his post-playing years with the 51-year-old saying in 2019 that it is “nonsense” that the legendary Man Utd manager was one of the best man-managers that football has ever seen.

“I wouldn’t forgive Ferguson. The media spin, how I apparently upset everybody, it was all nonsense,” Keane told Off The Ball.

“I don’t care if it’s Alex Ferguson or the Pope, you’re going to defend yourself.

“People talk about Ferguson’s man-management. Nonsense. People said he always had the best interests of Manchester United at heart. Darren Ferguson [his son] won a medal. He was very lucky.”

There have often been rumours about how much pressure Ferguson and other managers put on players and their nations over their participation in international football.

And Keane has now claimed that his former Man Utd boss used to “frustrate” him by putting “constant pressure” on him to miss Republic of Ireland matches even if he just had a “little knock”.

“I was under constant pressure when I was going away with Ireland from the Manchester United manager,” Keane said (via the Metro).

“Constantly told, you shouldn’t be going over.

“Even if you weren’t injured and you had a little knock, they wouldn’t want you going, it was constant pressure.

“I used to see other lads going away and it used to frustrate me, I always felt like they looked at Ireland as maybe not as important as England.

“I thought the club and the manager had an issue with me going to play with Ireland and it used to drive me mad, and it put you under huge pressure. I found it very strange and bizarre why a manager would do that to any player.”