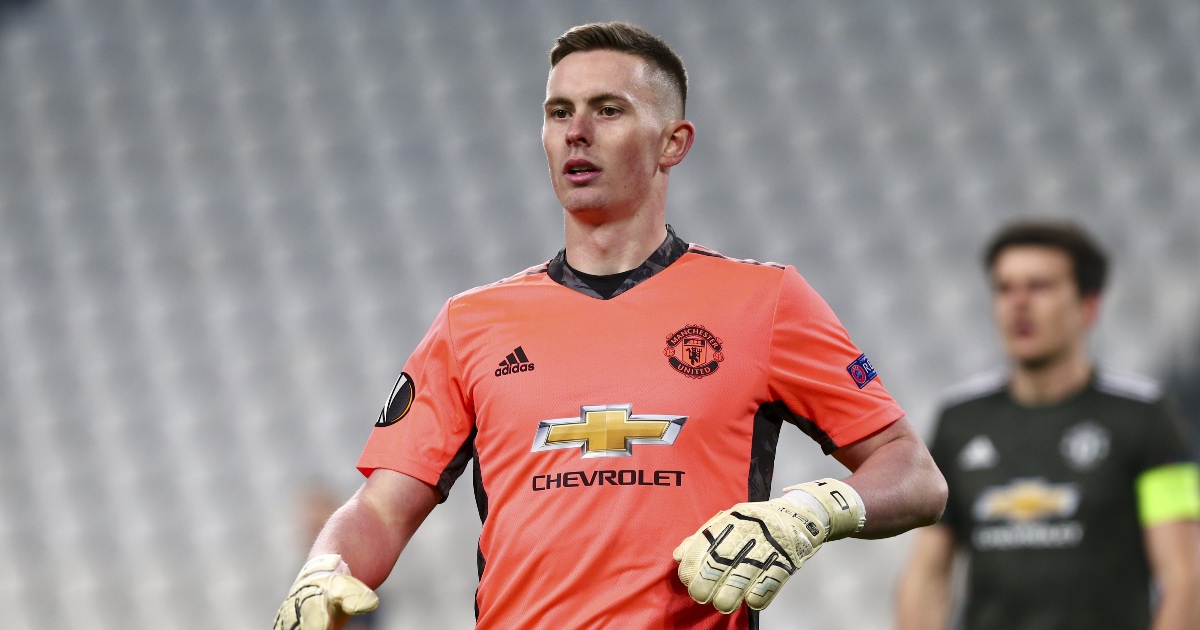 The Englishman has made 12 appearances so far this season, but only three have come in the Premier League.

His path to the first team is being blocked by David de Gea.

FEATURE: Twelve daft excuses given by Klopp for Liverpool’s failings

Henderson returned from a successful loan spell with Sheffield United in the summer to compete with De Gea.

He has publicly revealed his desire to become number one at Old Trafford.

According to Manchester Evening News, Henderson has grown ‘frustrated’ with his game time this term.

The report states that the keeper has no intention of being behind De Gea in the pecking order next season.

If he is not installed as first choice then he will aim to engineer a move away from United.

The news comes as the Red Devils were linked with AC Milan’s Gianluigi Donnarumma.

Tottenham, Chelsea and West Ham are all potential suitors for Henderson.

The trio were thought to be tracking his progress during the loan spell with Sheff Utd.

Tottenham are eager to find a successor to Hugo Lloris. It seems Jose Mourinho doesn’t trust Paulo Gazzaniga enough to make him number one.

Lloris has come under fire this season after making multiple mistakes.

Henderson could reach that level in the future with the right amount of game time.

Chelsea have had plenty of trouble with keepers in recent years, mainly due to Kepa Arrizabalaga.

At one stage, Arrizabalaga had the worst save percentage in Premier League history.

Edouard Mendy has improved Thomas Tuchel’s defensive strength, but Henderson would be a long-term solution.

West Ham have been in great form this season. They’re fourth in the table after 25 matches.

Lukasz Fabianski is one major reason for their success. He’s had a renaissance with the Hammers and has kept eight clean sheets this campaign.

Henderson might be a perfect successor to 35-year-old Fabianski under boss David Moyes.

Henderson will have plenty of options if he does decide to leave Old Trafford in the near future.

It’s now effectively up to Ole Gunnar Solskjaer to decide where his future lies.