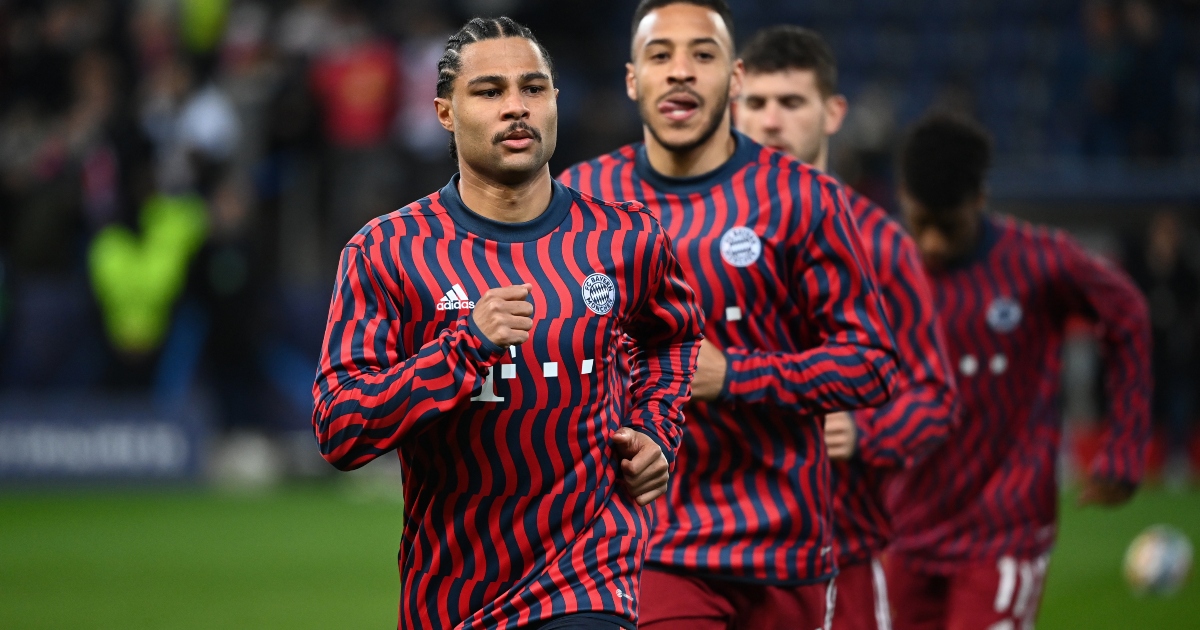 Man Utd are keeping tabs on the contract situation of Bayern Munich winger Serge Gnabry, according to reports.

He was signed by Bayern Munich after one season with Bremen and has gone on to make over 150 appearances for the Bavarians.

The 26-year-old has contributed to 97 goals in his Bayern career, and also boasts an impressive scoring record for the German national team, netting 20 times in 31 caps.

Gnabry’s future at Bayern is uncertain, however. He has been linked with a move away with his contract expiring in less than 18 months.

Man Utd, Liverpool, Barcelona and Real Madrid have all been linked in recent weeks as he appears far off agreeing fresh terms with the Bundesliga side.

As per Kicker (via Sport Witness), ‘progress falters’ in negotiations between Gnabry’s camp and Bayern, with sporting director Hasan Salihamidzic having to overcome many hurdles.

Gnabry is reportedly unhappy with his playing position under Julian Nagelsmann, as he has to contribute defensively in a wing-back role.

Bayern could opt to sell the winger in the summer to avoid losing him on a free transfer in 2023.

Fussball Transfers (again via Sport Witness) claim that it would be a ‘big surprise’ if Gnabry doesn’t extend, but Man Utd are ‘on the lookout’ should that happen.

“There will be goals in this one, so I’m going for a 3-1 win for Manchester United (against Leeds),” Merson said.

“I don’t really know why Jadon Sancho is playing as a left-winger after impressing on the right side at Borussia Dortmund, but he’s trying to get to grips with the Premier League and will be alright in the grand scheme of things.

“The kid can play because he’s got talent and will start to produce consistently with a confidence boost and better decision-making in the final third.

“As for Bruno Fernandes, he’s just got to get on the ball and make things happen for his team. The more touches he gets, the better Manchester United play as a team.

“Personally, I like it when he plays a little deeper because he can pick a pass. But I also like where he is playing under Ralf Rangnick at the moment.”