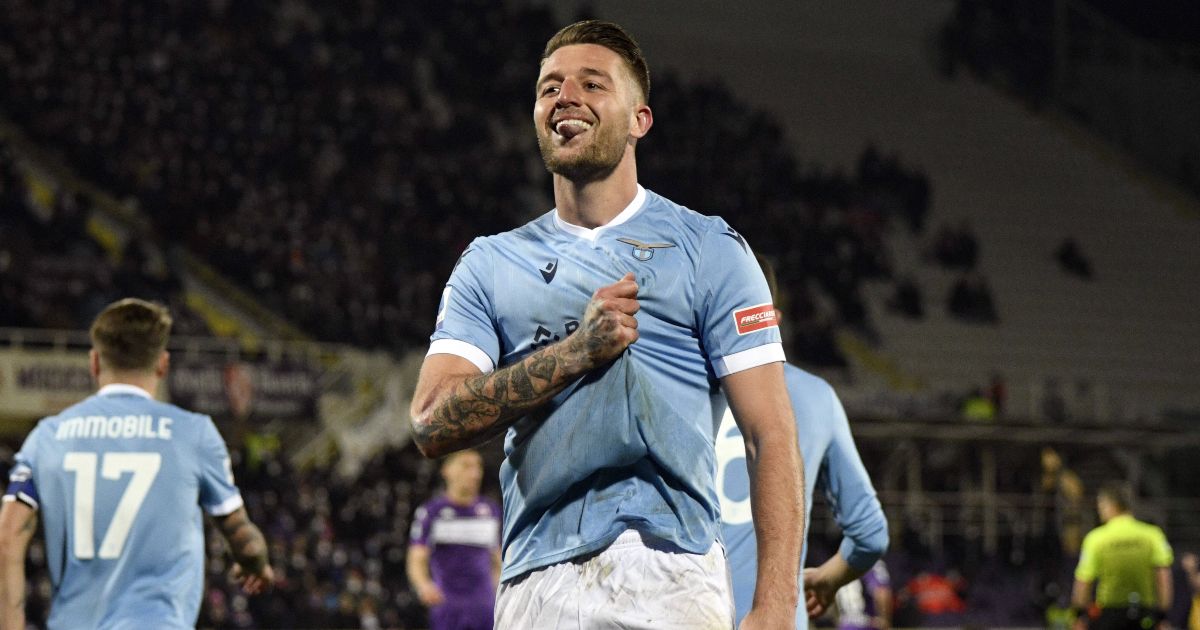 Manchester United have been linked with Lazio star Sergej Milinkovic-Savic for a very, very long time and are once again ‘strongly interested’, according to reports.

Corriere dello Sport reported in January that the Serie A side must ‘sacrifice’ the 27-year-old to ‘open a new cycle’ at the club and United remained ‘in the front row’ to sign him.

Milinkovic-Savic has eight goals and eight assists in the league this season and has made a ‘great recovery’ having initially struggled to adapt to Maurizio Sarri’s methods.

The former Chelsea boss wants to keep the Serbia international, whose contract runs until 2024, but the club want to cash in on him, according to Il Messaggero (via Sport Witness).

Chairman Claudio Lotito is ‘hoping for an auction’ this summer, with Juventus, Inter Milan and ‘especially Manchester United ‘strongly interested’ in the midfielder.

But the report also states that United must ‘beware PSG’ after the Ligue 1 side’s chief Nasser Al-Khelaifi recently met the player’s representatives and informed them they were prepared to pay €80m.

Meanwhile, Ajax manager Erik ten Hag is reportedly taking English lessons with his ‘heart set’ on a move to United at the end of the season.

Ten Hag is thought to be among the leading candidates to take over at Old Trafford along with Mauricio Pochettino, while Sir Alex Ferguson has also asked the club to consider former Everton and Chelsea boss Carlo Ancelotti as an option to take the helm at Old Trafford.

Ten Hag was in the running to become the new Tottenham manager in the summer, but it’s claimed the language barrier was an issue in talks with the north London club.

And the Daily Mail now claim Ten Hag is studying English in an attempt to improve his chances of landing the job at United.

Ajax are understood to be aware of Ten Hag’s intention to leave the Eredivisie side at the end of the current campaign following ‘recent internal talks’.