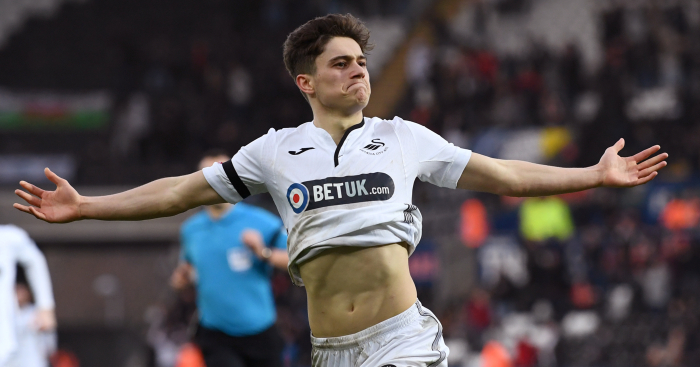 The 21-year-old appeared all set to join Leeds in January until the move collapsed on deadline day, when the Swans got cold feet over a deal which could have netted them £10million.

Leeds’ failure to land James has allowed Premier League clubs to register their interest, with Liverpool and Everton both said to be keen on the Wales international.

But the Daily Mail reckons United have moved to the head of the queue.

James has only a year remaining on his contract at the Liberty Stadium and Swansea left him out of their XI for the final game of their Championship season to avoid the risk of an injury jeopardising a summer move.

According to the report, James’s suitors fear the former Hull schoolboy is already bound for Old Trafford.

What a goal from Dan James to give Swansea City the lead against Brentford. The Swans score twice in 4 minutes at the start of the second half and have turned things around. #FACup #SWABRE 2-1 pic.twitter.com/Zn3stSZxNJ