Home All The News Man Utd leave Rojo, Romero and Jones out of UCL squad 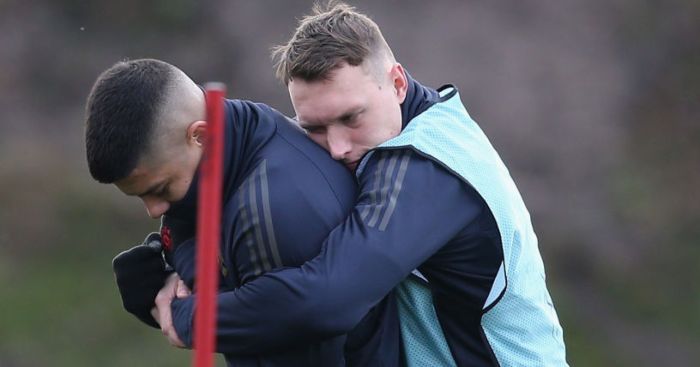 Man Utd have left out Marcos Rojo, Sergio Romero and Phil Jones out of their Champions League squad for the group stage of the competition.

It will come as little surprise to see those three names out of the squad for various reasons.

Rojo spent the second half of last season at Estudiantes on loan from Man Utd, while Jones only made two Premier League appearances in the whole of the 2019/20 campaign.

MAILBOX: An explanation for Maguire’s struggles, and other mails…

Romero, meanwhile, who played the majority of the Red Devils’ cup matches last term has been demoted to third choice following the return of Dean Henderson this summer.

And a report in the Daily Mail today claims that Romero fancies a move to the MLS in the coming weeks as their window remains open until October 29.

New signings Edinson Cavani and Facundo Pellistri have been included in the squad, while Mason Greenwood Teden Mengi and Brandon Williams are on the clubs B list.

Players on the B list can be added to any matchday squad up to 24 hours before the fixture takes place.

Looks like Man United have not registered Sergio Romero, Marcos Rojo or Phil Jones for the Champions League. Cavani and Pellistri in. Greenwood on B List https://t.co/Y6qBRS3K5t