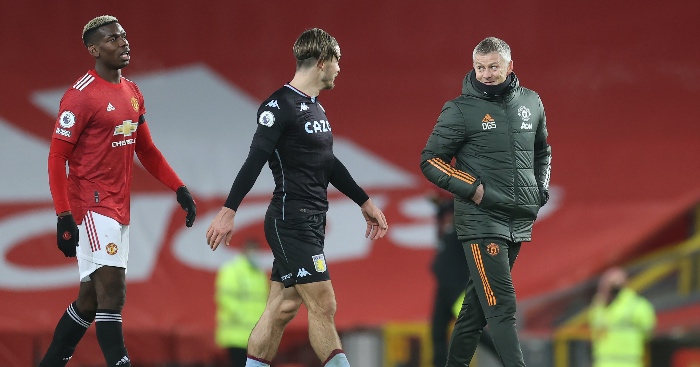 Man Utd legend Bryan Robson believes Jack Grealish is ‘terrific’ but admits a transfer to Old Trafford might not happen.

The English midfielder has been heavily linked with United in recent months.

His impressive form for both club and country has seen him gain many admirers.

FEATURE: Five players who could force their way into England squad

United were considering a major deal in the summer, although this never materialised.

Robson has now provided his take on Grealish and his situation with the Red Devils.

Speaking to Goal, Robson said: “He’s a player for Aston Villa and England who has only improved. I don’t want to say too much about other teams’ players but of course, he’s a player we know we have to look for.

“It was a good decision giving him [Jack Grealish] the [Aston Villa] captaincy. I think it’s made him a bit more mature.

“He’s a powerful player. He’s quite a strong boy and he’s quick and the way he can sort of go either way past people he’s always going to be a danger. That’s why he gets so many free kicks.

“Him and Villa have been terrific this season. He’s been linked with us but those decisions, thank goodness, are with Ole and the board of directors.

“I wouldn’t mind seeing Jack Grealish in a Man Utd shirt. But I don’t know whether the staff at Old Trafford fancy him, as much as you’d like to see him playing for your club.”

Grealish has scored five goals and assisted nine more in 16 matches for Villa this campaign.

He bagged an assist in their recent 2-1 loss to the Red Devils.

The 25-year-old remains an integral figure at Villa Park under manager Dean Smith.

His impressive form over the past year should help him to book a place at this summer’s European Championships.