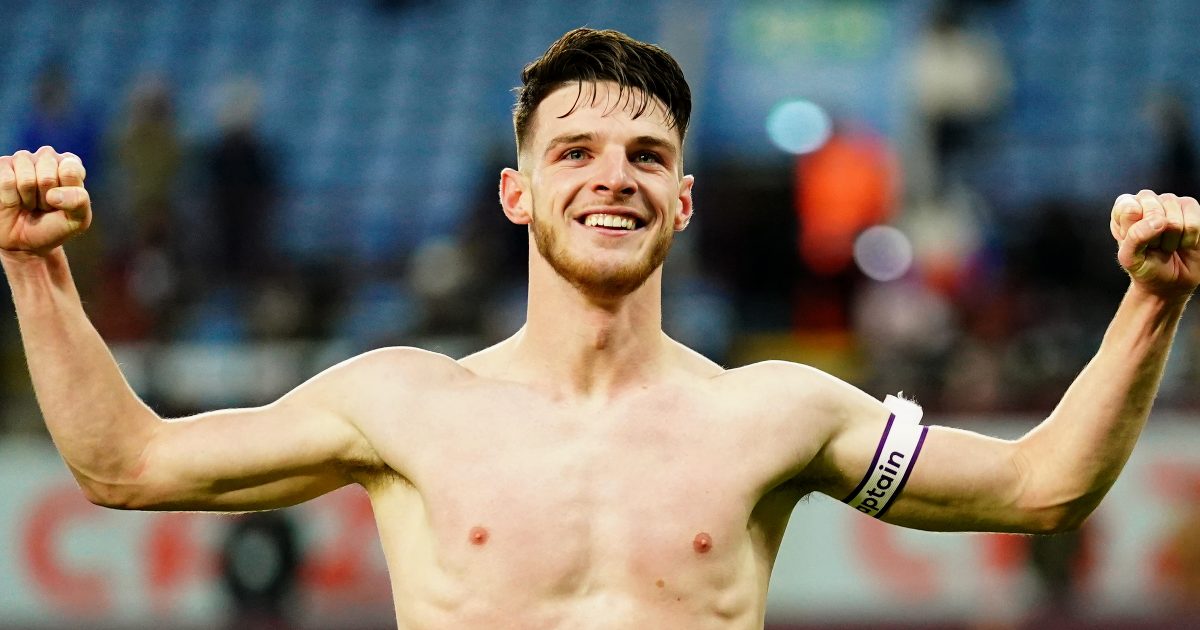 Paul Robinson has labelled reported Man Utd target Declan Rice as a “destroyer” as he’s one of the “best all-around midfielders” in the Premier League at the moment.

The West Ham and England star has been in superb form for both club and country over the past year.

Rice helped the Hammers finish sixth in the Premier League in 2020/21 and he was a key figure in the England side that reached the final of Euro 2020.

The 22-year-old has been in fine form at the start of this season as West Ham sit fourth in the league.

Rice has been linked with a move to the likes of Man Utd and Chelsea in recent months.

Robinson has told Football Insider that Rice has shown this term that he has “a lot more to his game”:

“Rice is up there as the best all-around midfielder in the Premier League on current form. He is playing in a team that is flying right now.

“I think the partnership with him and Kalvin Phillips with England is fantastic.

“I know Rice is still very young but he is proven now. This season he has taken on responsibility at both ends of the pitch.

“He has always been great at sitting in front of the back four and protecting the defence. But, this season he has shown he has a lot more to his game.

“He is a destroyer but he is also now a goal threat and a creator. His vision for a through ball is amazing. He has shown that he can be devastating higher up the pitch as well as in a deep-lying role.”

Elsewhere, Ian Wright has called for Rice to stay at West Ham for now despite Man Utd being interested in him:

He added: “Rice might be able to play in the Champions League with West Ham, and he’s the captain. Go as far as you can with West Ham, give them another four years. You’ll still be in your peak.’