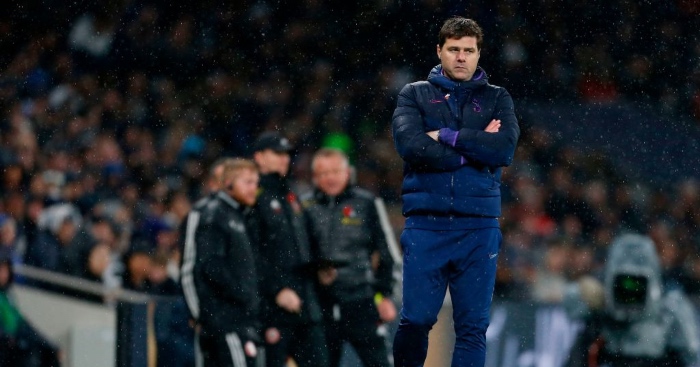 Mauricio Pochettino will soon make a return to management, according to fellow Argentine and former coach Ossie Ardiles.

Pochettino has been linked with a move to Man Utd to replace current boss Ole Gunnar Solskjaer.

That hasn’t yet happened, but it looks like the 48-year-old is on the verge of making a decision.

FEATURE: This England needs Jack Grealish in a 4-3-3…

Speaking about Pochettino to the Evening Standard, Ardiles said: “He has had a few offers, but for one reason or another it’s not happened.

“He’s just waiting and he’s in a very good position, he can more or less choose where to go.

“He knows exactly what he wants to do. Football is his life, so he’s been watching everything and he likes to talk about football.

“He’ll take his time and, before long, he’ll be working again.”

The news means Pochettino could be nearing a sensational move to Old Trafford.

Club officials are thought to have contacted him about joining the club already.

Pochettino has previously revealed his intent to return to football in the near future.

Speaking on Sky Sports, he said: “I was always ready to be involved in the game again. I love football. It’s my passion, not my job.

“I am looking forward to being involved in the game again, I love the game. It’s difficult; we are inside, we are working, we are doing things but it is not the same thing to be involved every day, to share it with your players, your staff and the club. You miss that.”

The coach has a great reputation from his time in England. He made Southampton a top ten side before taking Spurs to the Champions League final.

He also helped to make the North London side a regular top four team.

It remains to be seen where Pochettino will take his talents next.