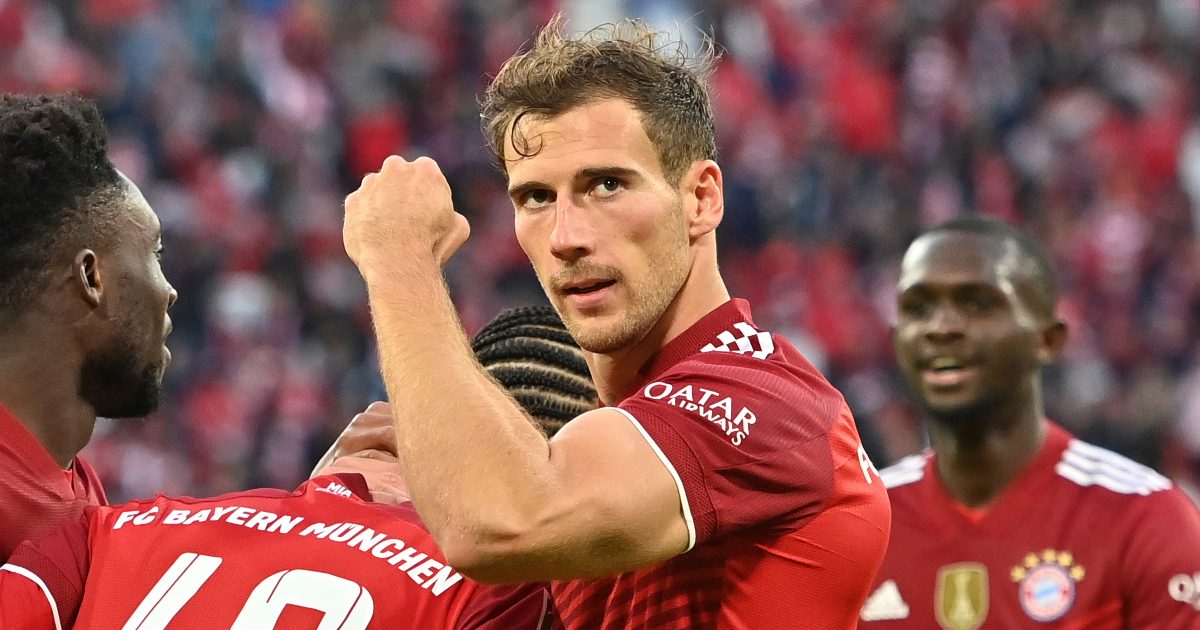 Bayern Munich star Leon Goretzka has agreed a long-term contract extension after being linked with a move to Man Utd in recent months, according to reports.

Goretzka made his name with Bundesliga side Schalke during his five-year spell there between 2013 and 2018.

His form for them earned him his move to Bayern Munich ahead of the 2018/19 campaign.

The midfielder has been an ever-present for the German giants since then. He has been a towering presence in the middle as Bayern have won the Bundesliga in three straight seasons as well as the Champions League in 2019/20.

Goretzka has been linked with a move to Man Utd as his current deal at Bayern expires in 2022.

But German outlet Kicker are now reporting that the 26-year-old is set to commit his future to Bayern Munich.

They report that “talks dragged on for a long time”, but an agreement has been reached. Goretzka will sign a deal until the end of the 2025/26 campaign.

Elsewhere, Cristiano Ronaldo has admitted that he was “nervous” before making his second debut for Man Utd over the weekend:

Ronaldo scored a brace against Newcastle United as his side won 4-1 at Old Trafford.

He said: “I didn’t expect to score two goals. I expect one but not two. I have to appreciate the fans and what they did to me today. I feel so proud for that.

“The most important thing was to win and to win games. Manchester [United] needs to be where they deserve. It is to win, to build the team and build the club and the mentality.

“This is what we are looking for. Of course I am happy to score goals I am not going to deny that but the most important thing is the team and the team played good.

“It is unbelievable. When I started the game I was so nervous, I swear. It is normally because I did not expect that they would sing my name all game. I was very nervous but maybe I didn’t show but I was. The reception is incredible but I am here to win games and help the team.”