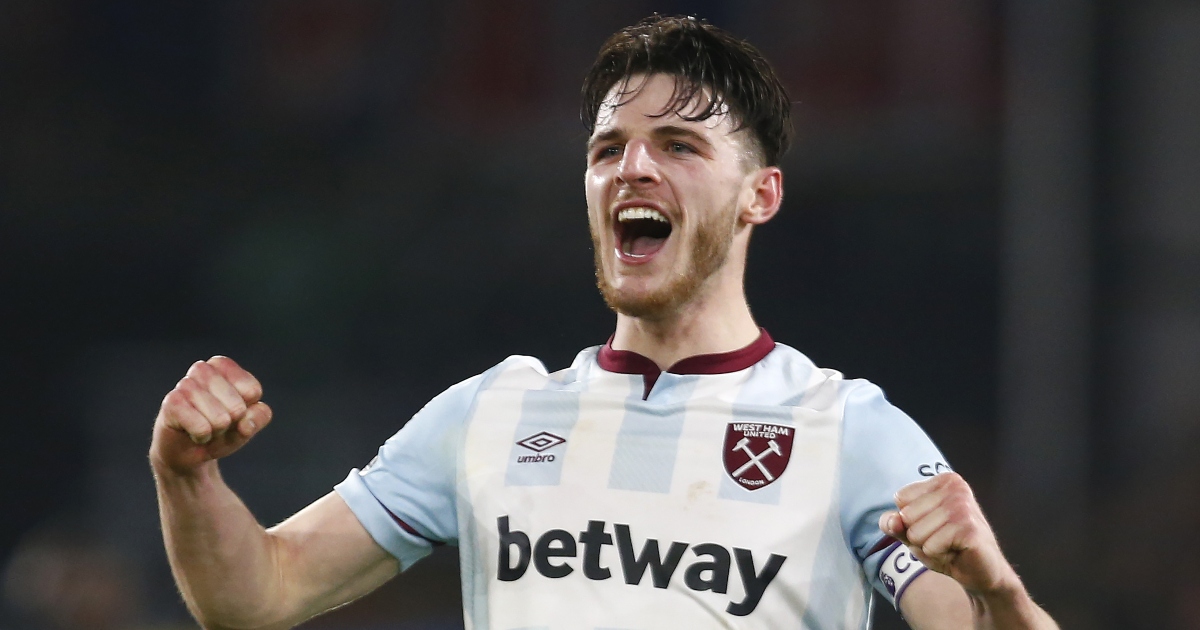 David Moyes has claimed that West Ham midfielder can fulfil his ambitions at the club rather than move elsewhere.

The ramifications of Kurt Zouma’s cat-kicking video, and Moyes’ decision not to drop the defender, are still being felt with sponsors ditching the club and the RSPCA continuing to investigate the appalling incident.

But Hammers boss Moyes was at least heartened to hear Declan Rice, his leading light this season, shrug off continued links with Chelsea, Manchester City and Manchester United as “noise”.

The England midfielder did caveat that statement, in an interview with Gary Neville on the Overlap podcast, by saying he wants to win trophies such as the Champions League.

But with West Ham currently in fourth place and vying to qualify for Europe’s elite, Moyes feels Rice can fulfil his ambitions in east London.

“We want to challenge the teams at the top. We have got European football and are now getting ourselves in a position where we are giving the top teams a game.

“What we want to do is build on that and Declan is a big part of it, a really important player to us, and we want to try and fulfil those ambitions the same as Declan.”

West Ham head to a wobbling Leicester side on Sunday looking to cement their place in the top four and keep the big guns behind them.

“We have an opportunity like other teams; Tottenham, Arsenal, Manchester United, and I think in recent times you would say West Ham would not be competing against those team,” added Moyes.

“But now we are and we are being talked about challenging. We know we’re going to have to improve on how we’re playing at the moment and up our game.

“At the moment, we’re picking up points when we don’t think we’re playing as well as we should be, but in many ways that’s a good thing.

“If we can get back to our best form, hopefully that’ll come up with more wins and more points before the end of the season.”