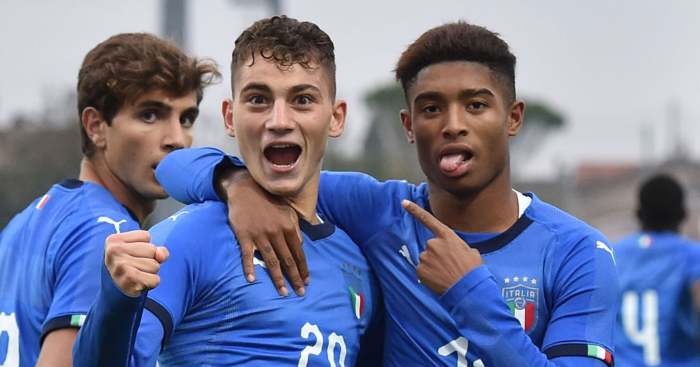 Manchester United and Liverpool are monitoring the progress of Inter Milan’s young forward Sebastiano Esposito, according to reports.

Esposito scored an impressive 31 goals for Inter Milan’s youth side last season and made his debut appearance in March for the first team.

This term, the 17-year-old has managed five substitute appearances for Antonio Conte’s men in Serie A and the Champions Legaue – but hasn’t managed a goal or assist yet.

And FcInterNews (via Sport Witness) claims that Man Utd and Liverpool along with Borussia Dortmund and Paris Saint-Germain have ‘courted’ Esposito over the last year.

The Italy under-19 international is understood to be intent on staying at the San Siro despite the heavy interest in his services from other clubs.

Man Utd and Liverpool are understood to have ‘requested information’ about Esposito with Inter Milan looking to ‘armour’ the teenager against a possible move by looking to renew his contract.

The Nerazzurri will offer him a new five-year deal with lucrative bonuses when he turns 18 next July.