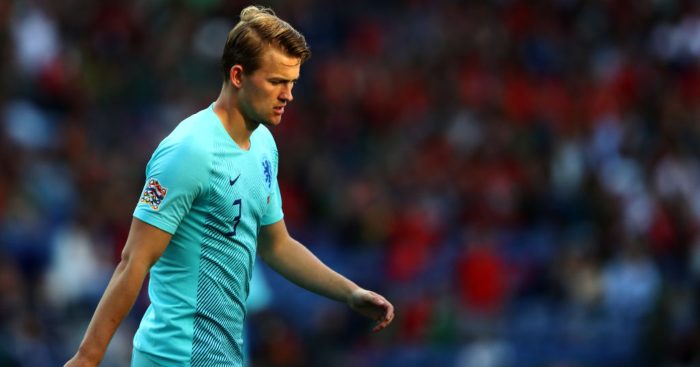 Matthijs de Ligt has decided to join Juventus over other potential suitors ahead of a move this summer, according to reports.

The 19-year-old defender has emerged as one of European football’s hottest properties this summer amid reports Ajax are prepared to let him leave for the right price.

De Ligt’s future destination is still not official, with links to all of Manchester United, Liverpool, Barcelona and Paris Saint-Germain.

Recent reports had claimed that his agent Mino Raiola would prefer his client to join either PSG or another club over favourites Barcelona and now it seems he could have got his wish.

Juventus are willing to offer De Ligt a huge contract of €15-20m to make him the second highest-paid player in Serie A behind potential new team-mate Cristiano Ronaldo.

The Old Lady, meanwhile, will reportedly agree a five-year deal with the player and a €70m fee with Ajax for the centre-back.

The reports seem convincing but it was only a few weeks ago that Barcelona had reportedly won the battle. One to follow.